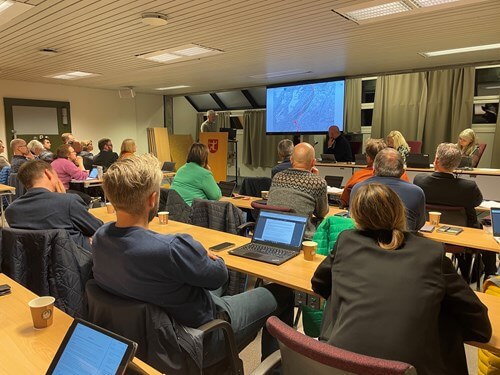 The municipal council in Melhus municipality assigned the green light to routes 1.1A with 100 km/h and option 2.1 with the 6km Homyrkam tunnel for the new E6 from Gyllan to Kval. This is associated with Nye Veier‘s proposal.

Decided on 25th October, the route is located on the east side of Gaula from Gyllan to Roskaft, where it then crosses the river and runs on the west side at Evjengrenda and then on to Kval, where it links to the new E6.

Arild Mathisen, project development manager at Nye Veier stated: “It is important to get a final clarification on the choice of a corridor for the new E6 from Gyllan to Kvål so that we can start the regulatory work and the clarifications towards those who will be affected by the development.”

Nye Veier has been assigned by the Storting to construct the new E6 from Gyllan to Kvål. The planning work began in the autumn of 2020. Within that time, extensive work has been done by Nye Veier, together with their consultant Norconsult, have helped many route alternatives. An impact assessment (CA) for all route alternatives has been advised on, and at the request of different authorities, an extra report was drawn up which, among other things, involves a feasibility study for having a speed limit of 100 km/h instead of 110 km/h, as the existing road standards dictate. Also, the report has been discussed.

Now, due to this decision, Nye Veier can begin work on preparing a zoning plan for the confirmed route. You can visit here for further details.