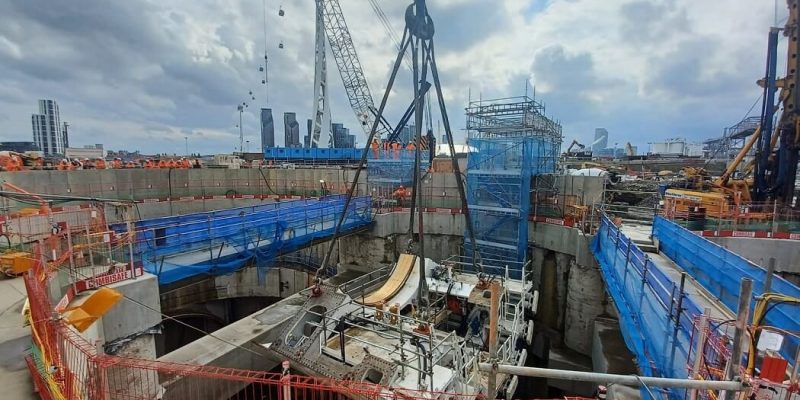 By the arrival of the first elements of the Tunnel Boring Machine (TBM) into the launch chamber, earlier this month another main milestone ahead of tunneling for the Silvertown Tunnel was achieved.

While the TBM shield, followed by the 250-tonne main drive of the TBM, was the first element to be lowered down, using a 600-tonne crawler with a super lift, a four-point lifting, and set down operation was undertaken. The required time for each lift is around two hours to achieve, whereas almost twenty lifting operations will be needed to fully lower all the parts into the launch chamber. 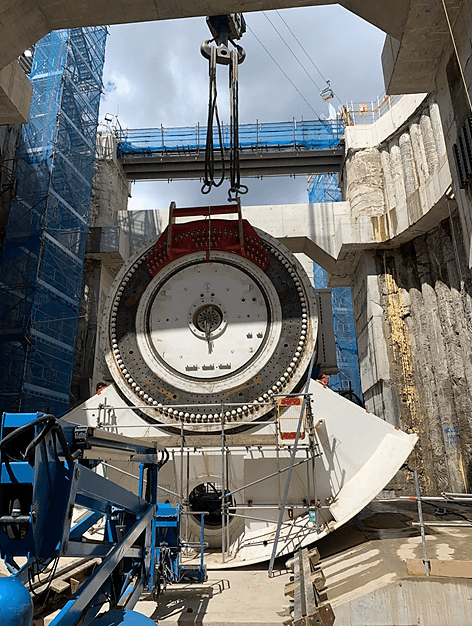 As the largest diameter tunnel boring machine to be used in the UK, the TBM for the Silvertown Tunnel Project in the front section alone weighs in at 1,200 tones which makes it 95 times heavier than a double-decker bus. In December 202, the intended machine passed the factory acceptance test successfully and since arriving in pieces at the site has been prepared ahead of final assembly within the launch chamber. The process of lifting parts into the launch chamber before final sign-off and the start of tunneling later this summer is due to continue throughout the next month by the Silvertown tunneling team. 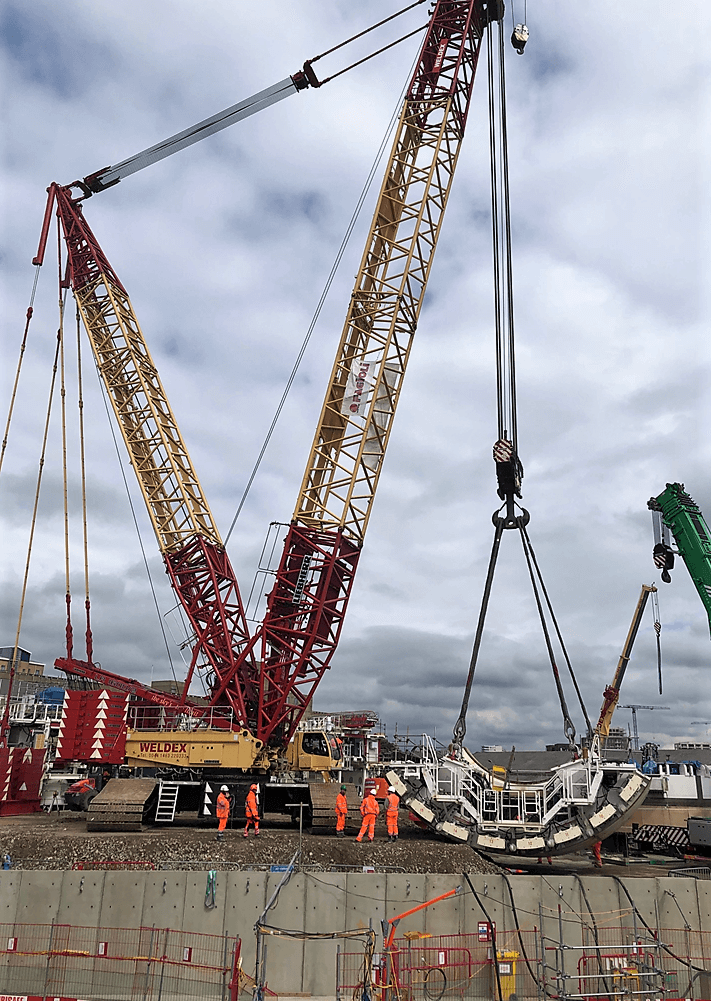 Despite an internal competition among TfL and Riverlinx employees – the TBM will be named Jill in honor of Jill Viner – the first female bus driver to drive a London bus in June 1974, because as is traditional in tunneling projects, Riverlinx has given their tunnel boring machine (TBM) a female name in honor of someone who has made an outstanding contribution to her sector or community. Both Riverlinx and TfL feel that Jill Viner is a fitting choice given how the tunnel will create new cross-river bus opportunities and Jill’s contribution to the history of women bus drivers in London and equality within the transport industry.

According to Juan Angel Martinez, Project Director at Riverlinx CJV: “It gives me and the whole team an enormous sense of pride to have reached this important milestone for the Silvertown Tunnel project. Tradition states that the machines must be officially named before they can start work – and, as the patron saint of miners and tunnelers is Saint Barbara, they are given female names, our TBM will be named Jill (Jill Viner became the first woman to drive a London bus licensed to carry passengers in June 1974). There has been a lot of hard work involved to get us to this point, and the achievements so far are a great example of what collaboration and excellent teamwork can deliver.”

“The start of the final assembly of the TBM within the launch chamber is a major milestone for the Silvertown Tunnel project as we prepare for the start of tunneling later this year. I’m delighted that we will be naming the TBM after Jill Viner – a fitting name given how the tunnel will radically improve bus access across the river at this location,” said Helen Wright, Head of Delivery (Silvertown Tunnel) at Transport for London.