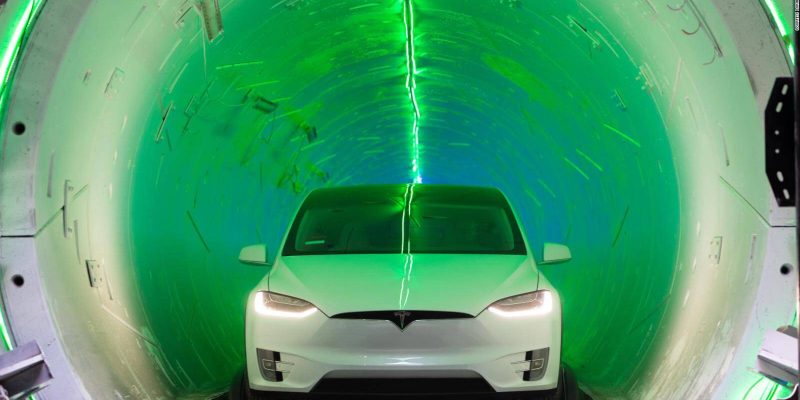 Elon Musk’s Boring Company, which was responsible for proposing outlines underground transportation solution, presented the ‘Las Olas Loop’ as this project’s name while it would stretch from downtown Fort Lauderdale to the beach. Watch the below video.

Currently surveying on other places that this tunnel could be developed is undergoing.

Mayor Dean Trantalis said: “For years, Fort Lauderdale has been blessed with the popularity of people coming to the beach and wanting to visit, and it seems that our roadways have really only been designed for the 1960s and 1970s.”

According to their idea, this loop could return the city into the 21st century. It would shuttle passengers about 2.5 miles underground in Tesla cars, going from downtown to Fort Lauderdale beach in about three minutes.

“I think in and of itself it’s going to be a destination. People are going to want to come to Fort Lauderdale just to go through the tunnel,” stated Trantalis.

The Inter Miami’s DRV PNK Stadium, the Fort Lauderdale Tri-Rail station, Port Everglades, and even Fort Lauderdale-Hollywood International Airport, are the other locations where the bided plan, which has been submitted in June but previously not made public, could be expanded.

In accordance with Trantalis’ statement: “We don’t have an exact dollar amount just yet but we’re definitely looking at under $90 million for the complete system. That’ll be the beginning, I see, as an interconnecting network underground between the airport and the seaport and then down to downtown Fort Lauderdale.”

Trantalis also added: “We spent a lot of money trying to come up with ways trying to re-design Las Olas Blvd and Broward Blvd and all of our east-west pathways and it isn’t working. We just can’t make the roads bigger or wider.”

The determined date for commencing the construction process is 2022 and the schedule is to finish the work 6-8 months after starting.