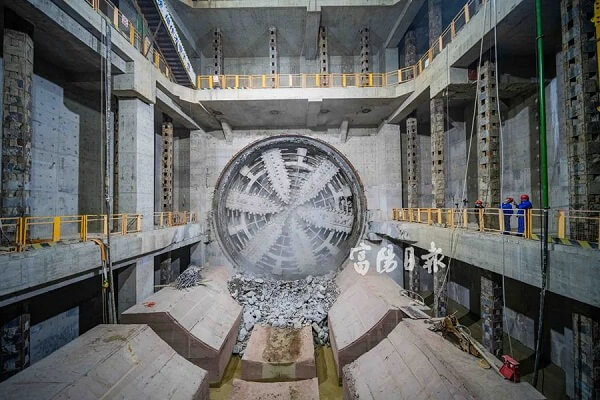 On October 24, the “Fuchun” shield tunneling machine with a diameter of 15.76 meters reached the receiving well after seven months of tunneling in the Fuchun River Basin. Heretofore, the first river-crossing tunnel in Fuchun River Basin, the Qinwang tunnel, was successfully drilled through.

The tunnel project comprises two parts: the river crossing and the underground comprehensive, with a length of 3,066 meters in total, linking the north and south banks of the Fuchun River. For minimizing the impact on the surrounding environment, the tunnel crossed the Fuchun River in the form of a shield tunnel. The project team optimized the design of the “Fuchun” shield machine during the tunneling process, which ultimately secured the successful completion of the project. 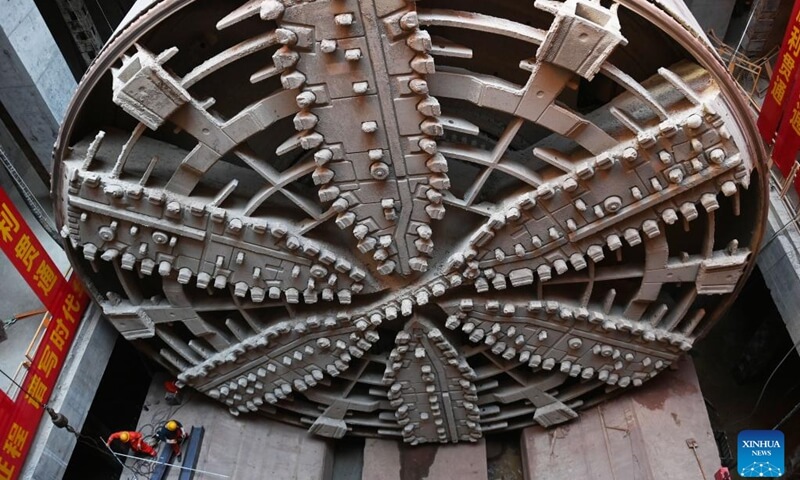 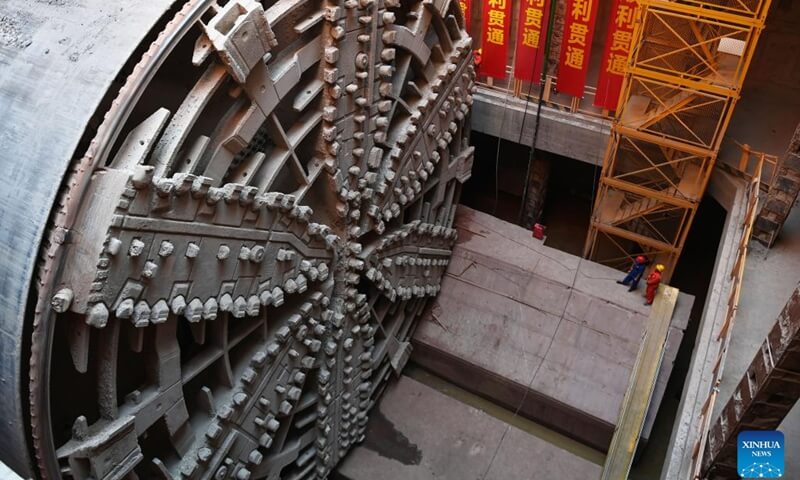 This aerial picture which was taken on Oct. 24, shows the construction site of the Qinwang tunnel project in the Fuyang District of Hangzhou, east China’s Zhejiang Province. 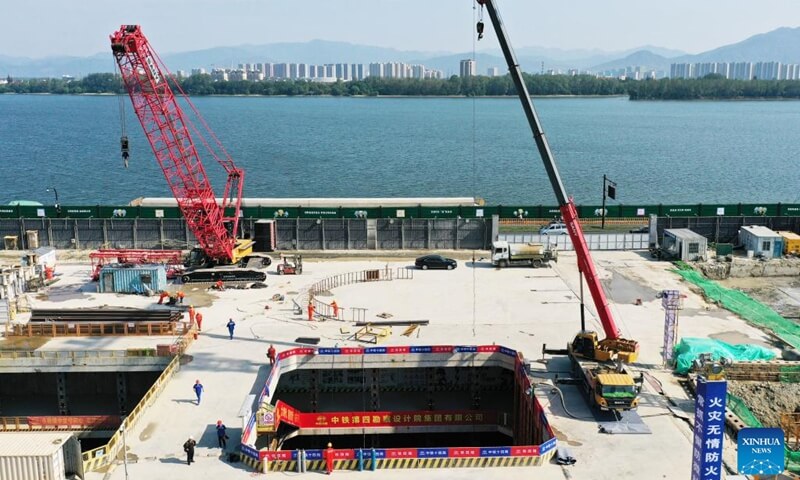 Qinwang tunnel is expected to be completed by 2023, once both sides of the Fuchun River will realize three minutes to cross the river at the fastest.

Gamuda awarded a contract for TaoYuan rail project in Taiwan