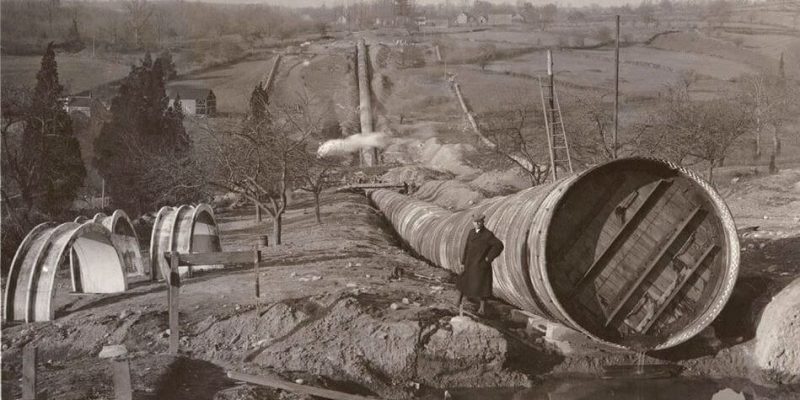 Following that the Bury Council ratified the construction of a section of the pipeline, the scheme to replace sections of the Haweswater Aqueduct in northwest England with £1.75bn value has faced a breakthrough.

Constructed between 1933 and 1955, the aqueduct stretches 110km from Cumbria to Greater Manchester, while the duty of serving Bury is up to the aqueduct, which carries water from the Haweswater reservoir to a water treatment works near Kendal and then southwards.

Replacing six tunnel sections with a whole length of 53km along the route, is the bid of United Utilities’ Haweswater Aqueduct Resilience Program, whereas Bury Council’s planning control committee voted to approve works to replace the Haslingden and Walmersley section of the pipeline last month. The sections are due to be built on land to the east of the M66 motorway.

Providing 2.6km of replacement pipeline and linking to the existing infrastructure, would be the proposed advancement in Bury.

Including earthworks and ancillary infrastructure, replacing this section of the aqueduct will cover the installation of tunnel shafts, open cut connection areas with a temporary construction compound, and mine grouting work, to facilitate the main tunneling works.

The line of the tunnel within Bury is slated to develop from Rochdale Road close to the settlement of Turn. In this location the boundary with Rossendale Borough Council meanders around the proposed tunnel route, resulting in three short lengths within the Metropolitan Borough of Bury.

In order to reach the existing Woodgate Hill Water Treatment Works, the pipeline will then pass back into the Metropolitan Borough of Bury at Walmersley Golf Club and to the east of the M66 motorway, and then runs in parallel with the M66.

As the first UK water sector that is using a new model of direct procurement for customers (DPC), in June the water company commenced the tender process for the resilience program.

The estimated date for starting work on the resilience program is 2023.