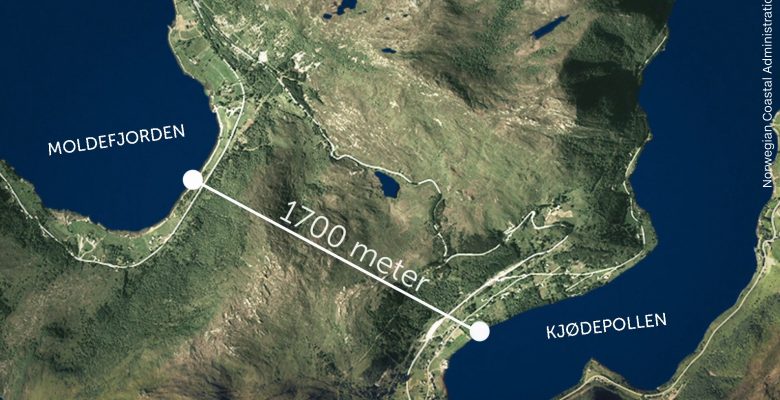 NCA (the Norwegian Coastal Administration) has obtained the green light to begin plans for building the Stad Ship Tunnel in western Norway.

By providing an allocation letter to the NCA, the Ministry of Transport and Communications gave the final signal to start work on the planned tunnel.

Already, the Norwegian Government set aside £6.4M (NOK75M) in start-up funds for the project last year. It is estimated that the full project will cost £292M (NOK3.45bn) and will take three to four years to finish.

Stad Ship Tunnel’s aim, which is going to be 1.7km long, 26.5m wide and 37m high, is to enable ships to navigate more safely through Stadhavet Sea that is a dangerous and exposed coastal area. 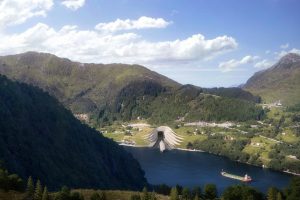 Last year, following the governmental approval of funds, Knut Arild Hareid (the minister of transport) stated that “Stad Ship Tunnel is an important project for western Norway. The Stad ocean is one of the most weather exposed areas along the Norwegian coast. With a ship tunnel, we want to improve safety at sea. The project will also facilitate the establishment of a high-speed vessel route, and the transfer of goods from land to sea transport.”

“We will now start the processes of acquisitioning properties in the area where the ship tunnel will be located, as well as put in place a project organisation, prepare a tender basis and initiate a tender,” explained NCA’s Stad Ship Tunnel temporary project manager Terje Andreassen in response to the assignment letter.

He also asserted that the Ministry of Transport and Communications is currently preparing a proposition to the Norwegian Parliament regarding the project which will be presented during the spring.

He added: “There is much work to be done, but we have carried out extensive studies and planning that will form the basis for the work. The allocation letter requests that the property acquisition be completed, if possible, during 2021.”

The goal is to sign a contractor this year, which would enable building to begin in 2022.

It is expected from the construction of the tunnel to use conventional blasting methods, with nearly three million cubic meters of solid rock requiring to be removed.

Andreassen noted: “If everything goes according to plan, the world’s first full-scale ship tunnel will be completed in 2025/2026.”