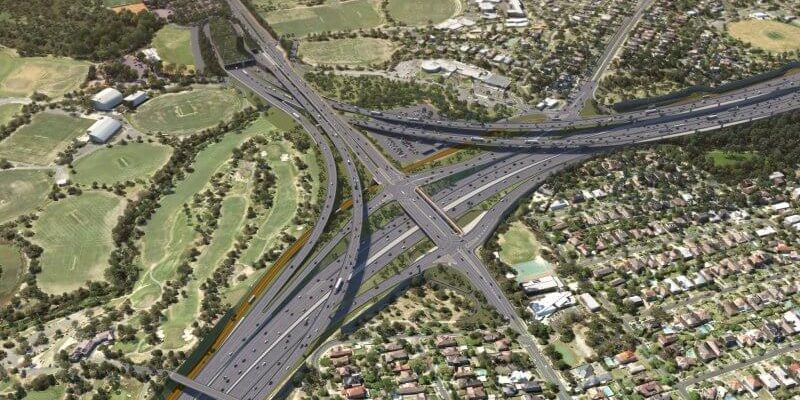 While this great program of work considers as the biggest ever finance in Melbourne’s north-east, it also includes nine plans which are added to the original scheme such as building Victoria’s longest twin road tunnels, the design delivers an overhaul of the Eastern Freeway, Melbourne’s first dedicated busway, completion of the Ring Road in Greensborough and a North East Trail with more than 34km of walking and cycling paths.

In order to replace cut-and-cover and trenches and so decrease disruption and provide more room for a tree-lined Greensborough Road boulevard as well as a new parkland above, the requirements for a TBM for creating a longer 6.5km tunnel and excavating an additional 1.9km of overall tunnel length will be inevitable.

The Ring Road will be completed with new lanes, smart technology, and a seamless interchange with North East Link. Two new green bridges in Watsonia will link to new multi-level train station parking. New technology on the Eastern Freeway and more than 45km of new lanes will work together to slash travel times by up to 11 minutes.

Access to and from the city on public transport, with park and rides at Bulleen and Doncaster and the existence of a bus every minute in the congestion, will be faster and easier following the Eastern Express Busway project.

The plans for the North East Trail is also developed, with 34km of new and upgraded walking and cycling paths connecting the north-east to Yarra River trails and parklands.

Due to the time-consuming process of the North East Link Tunnels construction, working on them will commence first, while the determined date for presenting the other elements of North East Link is 2022.

In order to inaugurate all sections of the project around the same time in 2027/28 and bring all the pieces of North East Link together, the timing for precise design and construction is going to be carefully staged.

Detailed designs are due to be exhibited ahead construction process commencing, so native people can see and comment on the design in their local area, and the first scheme will be the North East Link Tunnels in 2022.

Further information on this project is accessible here, here and here.