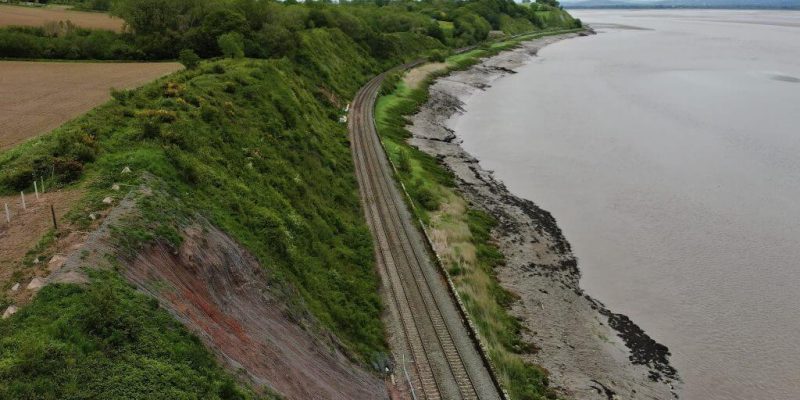 Network Rail’s chiefs have revealed a plan to secure a cross-border line that has suffered five key landslides in two years.

The company stated that it would install a mesh-and-bolt system along the Newport-Gloucester line which is 5km.

This section of track, which runs alongside the Severn Estuary and is essential in linking Western England and South Wales, has suffered considerable closures and heavy speed limitations recently.

The so-called £25M rescue project will see 1,000 soil nails drilled to depths of up to 10m, plus 9km of mesh installed and 30,000t of spoil removed from the bank. This is going to stabilize the cutting and build a safety net to avoid falling debris reaching the track.

It represents the hugest investment in the Newport-Gloucester line since it was opened in the 1850s.

In addition to serving rail passengers, the route carries Tesco trains that stock supermarkets and freight services moving petrol, steel, and other materials.

Bill Kelly, the Network Rail Wales, and Borders route director stated: “We’ve seen a huge increase in extreme weather events across our network in recent years. Climate change is happening here and now, and across Wales and Borders – from the Conwy Valley to the Welsh marches and Severn Estuary – we’re responding by building a more resilient railway.

He added: “As well as saving taxpayers’ money and reducing delays for passengers and freight, we’re protecting this vital Welsh transport link for generations to come.”

Constructions are expected to start next summer.