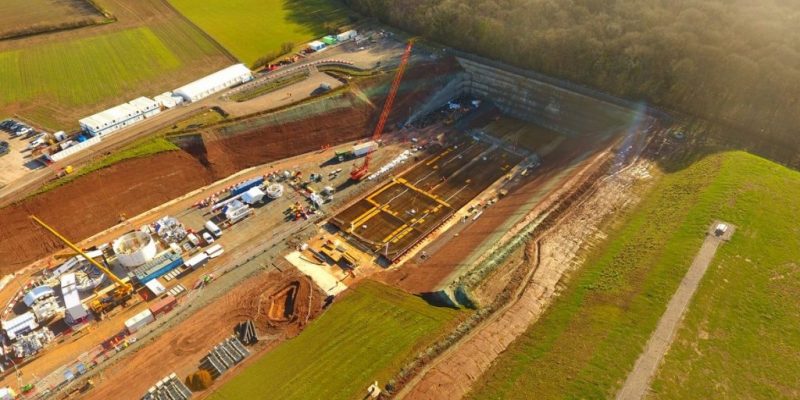 The naming process of the tunnel boring machine (TBM), which is going to excavate a 1.6km twin bore tunnel beneath Long Itchington Wood in Warwickshire for the High Speed 2 (HS2) project, has been started up as a national voting by HS2 Ltd.

The requested names from people in Warwickshire, who were asked to nominate the names of women closely associated with the county, were presented as a shortlist in April.

While the voting is open currently, with the online competition, which’s deadline is end of June, the shortlisted names are Anne, after Anne Hathaway, who was the wife of playwright William Shakespeare; Dorothy – named after Dorothy Hodgkin, who in 1964 became the first British woman to win the Nobel Prize in chemistry; and Mary Ann – named after Mary Ann Evans, the novelist better known by her pen name, George Eliot.

According to comment of HS2’s civils director Mike Lyons on the shortlisted names: “I’d like to thank people in Warwickshire for suggesting a great selection of interesting and inspiring women who have such a close connection with the county. I look forward to finding out who the British public choose as the winning name later in the summer.”

The determined date for commencing tunneling process under Warwickshire by Long Itchington Wood TBM is later this year and the responsible of this operations will be HS2’s main works contractor for the West Midlands, Balfour Beatty Vinci (BBV).

This 2,000t TBM, which has almost10 m width, is made by Herrenknecht company of Germany and will take around five months to complete the first bore of two parallel tunnels.

Following completion of the first bore, the TBM will be carried out to the South Portal before being transported by road back to the North Portal to start digging the second bore. The Long Itchington Wood tunnel avoids disrupting the ancient woodland located above the tunnelling works.

Due to using a cut and cover tunnel method in the final section, a soil “roof” is constructed around the tunnel entrance to integrate the portal into the natural landscape.

Commenting on the shortlist, BBV managing director Michael Dyke said: “With the TBM set to start its critical journey later this year, we’re delighted to have engaged with the local community in Warwickshire to uphold the engineering tradition of naming the 2,000t machine, after a notable woman.”

He also added: “Alongside HS2, we’re now calling for members of the public across the UK to choose one of the three carefully selected names – and play a role in this key milestone, for Europe’s largest infrastructure project.”

The HS2 company has already putted two of their TBMs to public voting for naming and while they were named after two famous local Buckinghamshire women: Florence Nightingale – the founder of modern nursing who spent many years living in Buckinghamshire; and pioneering astronomer and astrophysicist, Cecilia Payne-Gaposchkin, who was born in Buckinghamshire, two machines is tunnelling below the Chiltern Hills in Buckinghamshire. Now this is the third TBM that they are going to select a name for it by public survey.