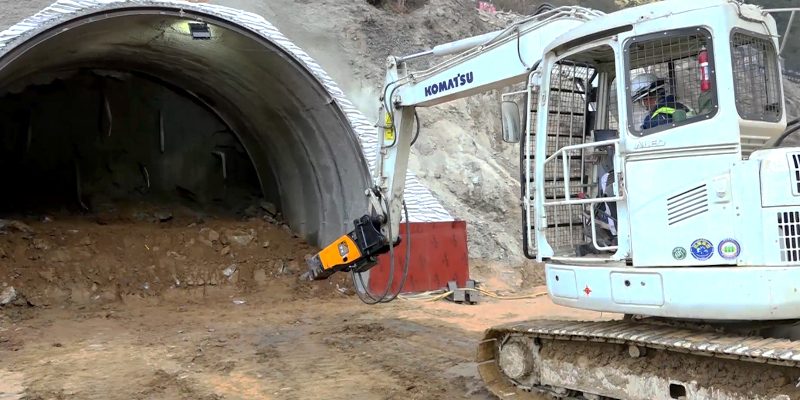 After a long delay, construction of the Sisnekhola-Nagdhunga tunnel road has finally begun. Tunnel drilling began on Tuesday from the Sisnekhola point of the Tribhuvan Highway in Dhunibesi Municipality, Dhading, according to Chief Engineer Nareshman Shakya’s tunnel road initiative.

The tunnel road would significantly relieve the tremendous traffic jam frequently seen on the Naubise-Nagdhunga portion of the highway until the work is completed. The 2.38-km tunnel path will have two 3.5-meter-wide lanes each which will minimize the gap between Naubise and Thankot by 8 km.

Furthermore, 2.3km of road up to Thankot’s Basnet Chhap and 565 meters from Dhading’s Sisnekhola Dhunibesi will also be upgraded and black-topped under the scheme.

The government eventually took the national glory initiative forward after undertaking surveys in multiple phases. In this regard, the contractor, Hazama Ando Corp, will complete the project as per the contract and hand it over to the government by April 2023.

At present, more than 300 workers are stationed at the location of the plant and have already started the construction procedures.