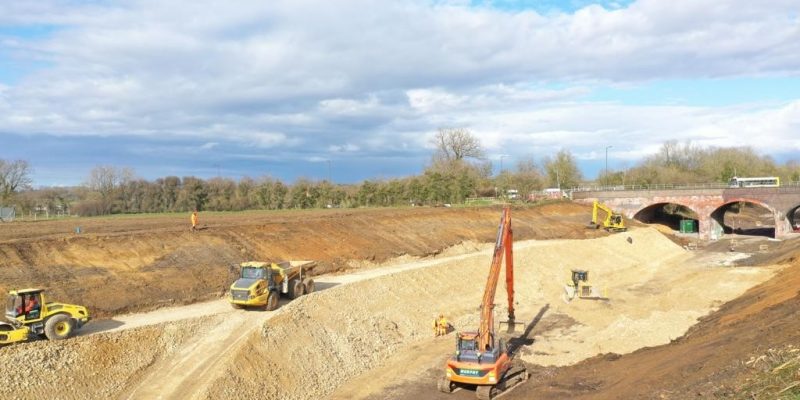 The engineering company Murphy has received a £56M contract award by the East West Rail Alliance to deliver the main earthworks and drainage package on East West Rail, from Oxford to Bletchley, following two years of early contractor involvement.

This stage of linking Oxford to Bletchley and Milton Keynes purposes to provide new train services, lower transport costs, shorter journey times and cut the amount of traffic on the roads.

Murphy’s major responsibilities cover building the main earthworks related to the new line. Parts of the route is going to be widened to comply with the newest standards described by Network Rail.

Also, the company is going to construct two off-line highway embankments – at Verney Junction and Salden Wood – and will bore compensation flood storage areas, including nearly 1,300m3 of cohesive material.

These works which are going to be done by Murphy are part of phase two on the western section of the East West Rail project, from Bicester to Bedford, anticipated to be finished in 2025.

It includes track and signaling upgrades between Bedford, Bicester, Milton Keynes and Aylesbury, comprising reinstating a disused section of railway among Bletchley and Claydon Junction. This phase was given the green light by Grant Shapps, the secretary of state for transport, at last year’s start and got a £760M funding boost from the government at the beginning of 2021.

Phase one, which was finished in December 2016, contained an upgrade of the current railway line from Oxford to Bicester.

The full purpose of East West Rail schedule is to re-build a rail link between Cambridge and Oxford to improve connections between East Anglia and central, southern and western England.