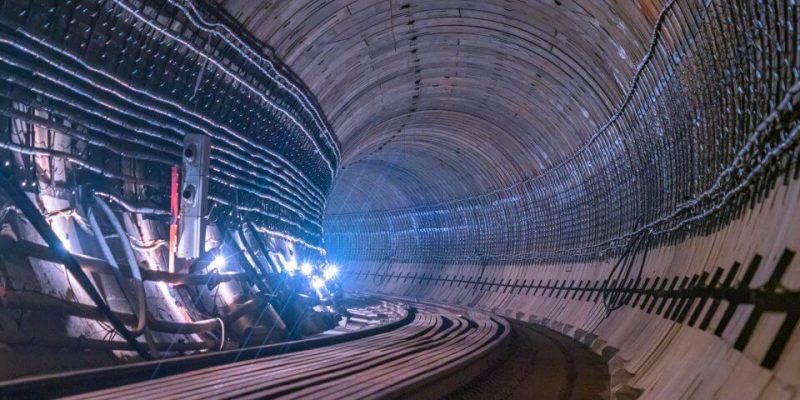 Andrey Bochkarev, Deputy Mayor of Moscow on Urban Planning and Construction stated: “More than two-thirds of tunneling of the left running tunnel between the Rasskazovka and Pykhtino stations of the Kalininsko-Solntsevskaya metro line is completed.”

The general designer and general contractor to build the new lines and stations of the Moscow metro is Mosinzhproekt Engineering Holding.

Bochkarev mentioned: “More than 1.7 km of the running tunnel between the Rasskazovka and Pykhtino stations is driven by tunnel boring shield “Rosa”, which is three-quarters of the length of the run. The right tunnel is 60% driven by shield “Natalia”, i.e., more than 1.2 km is passed.”

The Deputy Mayor specified that the length of a station-to-station section exceeds 2.1 km.

The Head of Moscow Complex of Urban Planning Policy and Construction claims: “The run is part of the five-kilometer section, where a metro bridge is also being built across the Likova River. The bridge is almost ready, it remains to assemble metal structures of coating and decorative elements”,

The General Director of Mosinzhproekt JSC, Yuri Kravtsov, justified that the new section is going to accommodate the Pykhtino and Vnukovo stations.

Yuri Kravtsov clarified: “At the Pykhtino station, in-situ concreting is accomplished by 62%, and at Vnukovo by 12%”,

Commissioning into operation of a new section of the Kalininsko-Solntsevskaya line is going to boost transport accessibility of the Troitsky and Novomoskovsky Administrative District (TiNAO).

It is worth mentioning that, after completion, Vnukovo will become the first airport in Russia with its own metro station.

The construction is anticipated to be completed in 2023.

Advancement of TBM Cutterheads to the HS2 West Ruislip Portal