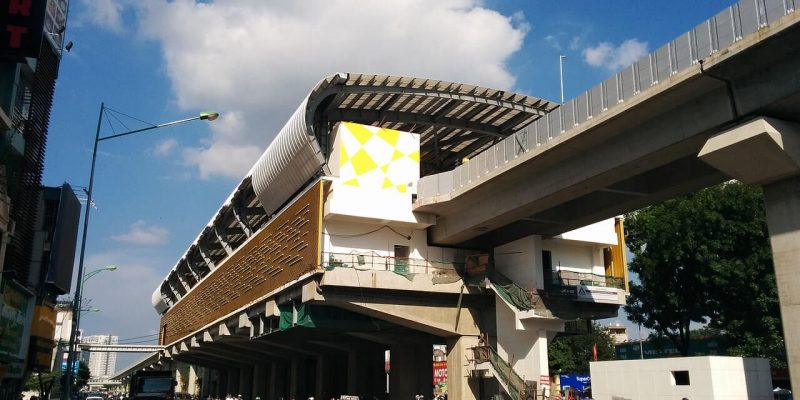 On 8 November 2021, Vietnam’s first metro line, which was a 10-year project with delays and ballooning costs, started operations.

The location of this elevated line with 13km length is among Cat Linh in north-central Hanoi and Ha Dong in the southwestern suburbs, while it is scheduled to inaugurate the second line, by the name of Van Mieu Line, in 2023.

The China Railway Sixth Group, which is a secondary of China Railway Group and currently is the second-largest construction company in the world, was responsible for constructing the Cat Linh. Although this project’s process was commenced in October 2011and was planned to grant almost $550m and start servicing in 2016, it faced with five years’ delay and a final cost of $868m, while some 77% of this cost was met by Chinese loans.

The reasons for initial postponing in completion of the path until 2018 were caused by land acquisition issues, however many elements remained incomplete, including stations, depots, drainage systems, and landscaping. Further delays were caused by safety checks, required by Vietnam’s State Acceptance Council.

Clément Musil, an analyst for the Paris Research Institute of Architecture, Urban and Social Development, told the South China Morning Post in 2018: “They have to build the institutional framework, and that’s why they’re hesitating.”

The intention in constructing the Hanoi metro is to deal with the capital’s increasing problems with congestion and air pollution. “The railway would ease traffic congestion, limit private vehicles, reduce environmental pollution and contribute to the change of inner-city movements,” stated Vu Hong Son, an official at the Ministry of Transport.

The first 15 days in this metro will be free to travel while following this period daily cost of the journey is due to be $1.30. Approximately 26,000 commuters caught the line during its first day.

The determined plan for trains in this metro is operating from 5 am to 11 pm, with a frequency of six minutes during rush hour and the maximum design speed is 80km/h, while the system is now limited to 35km/h.