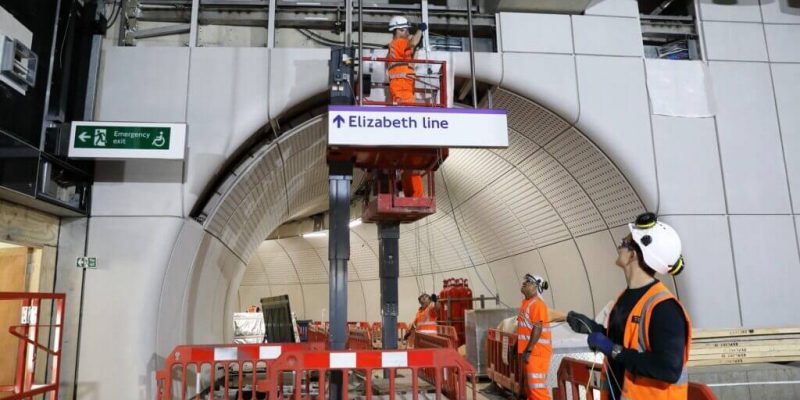 In accordance with the project’s representative (PREP) Jacobs’s statement, the whole of the scheme for Crossrail’s projects is at risk due to train testing failures and late station handovers.

In its latest publicly available PREP report, Jacobs warns: “There is insufficient time for target dates to be met in relation to planned testing and commissioning of the railway.”

These delays in the schedule will cause not moving to the next phase of testing (known as Trial Operations) of this project in November.

Jacobs adds: “There are considerable challenges in almost every delivery area of the Program. It is evident that there is insufficient time for target dates to be met and that pressure is increasing on the achievement of the start of Trial Operations on the deterministic date of November 2021; we do not believe it will be possible for CRL to deliver full Trial Operations on that date.”

Most amounts of Jacobs’s concerns are due to issues with train testing and delays to the station handover program.

“While there is a clear commitment from CRL, key milestones […] are already under threat, and the compounding effect of 12 TPH [trains per hour] trials failures and further delays in stations delivery has significantly increased schedule pressure,” adds the report.

Moreover, as Jacobs states, sustaining the consistent levels of testing on train testing has failed.

The report also asserts: “[Crossrail] resumed 12 TPH trials following completion of the June/July 2021 Blockade, but it has proved difficult to sustain a period of consistent service, because of a range of known and emerging technical faults.”

A significant rise in the number of staff who have to self-isolate due to Covid-19, caused another concern for Jacobs.

Crossrail chief executive Mark Wild, replied to Jacobs’s report and denied the issue of missing milestones in this project.

Wild said: “We are at a very important and challenging phase of the Program. Whilst we are doing well delivering close to the Deterministic schedule there remains a reducing but influential group of technical integration and reliability risks.”

He continued: “[Crossrail] acknowledges the Project Representatives’ concern regarding the challenges CRL has encountered during timetabled Trial Running services. This is somewhat inevitable as we are dealing with a system with known bugs that are fixed in ELR100 [software update]. This is all part of the learning process that is intrinsic in the Trial Running phase.”

According to a Crossrail spokesperson: “The Elizabeth line is on track to open in the first half of 2022. Trial Running of trains through the central tunnels is well underway as part of the major railway trials taking place throughout this year, with 12 trains per hour in regular operation to build reliability and flush out any issues with our systems and signaling software.”

“Seven of the 10 new central section stations have now been transferred to Transport for London and we are now focused on the final integration of Abbey Wood, handover of Canary Wharf this autumn, and completion of the remaining work at Bond Street. The next phase of the program will be Trial Operations which is forecast to commence later this year,” stated spokesperson.

Remoting the Materials to Tunnel Shaft Project by Helicopter