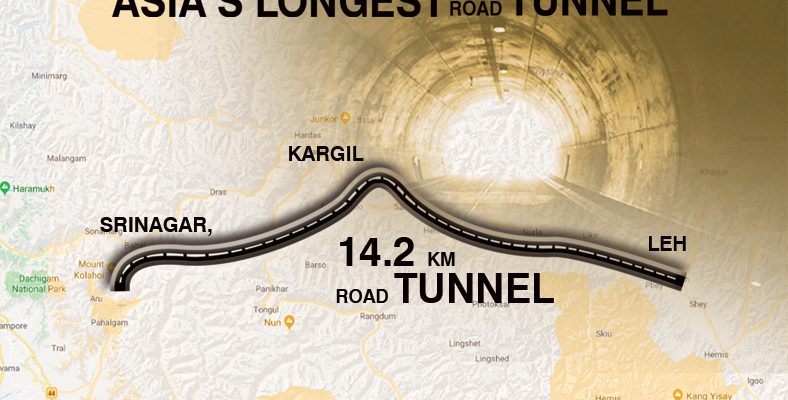 India has been planned to construct up to ten tunnels totaling more than 100km to simplify and boost year-round military movements in the high altitude regions of Kashmir and Ladakh.

Some of the tunnels are going to lie at altitudes of well more than 5,000m and comprise the 7km Khardung La Tunnel that is going to lie in a strategically significant area bordering both Pakistan and China. 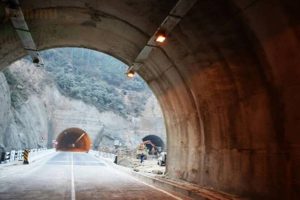 The ‘all-weather’ 8 km tunnel is suggested to link Karu to Ladakh, as another suggestion for the 7km Nimmu-Darcha-Padam Road through the Shnku La Pass is scheduled.

The main purpose of the planned tunnel between DBO (Daulat Beg Oldie) and Depsang Plains in eastern Ladakh is alternate connectivity. The other tunnels scheduled are going to lie on the Manali-Leh highway and comprise excavated lengths of 13.7km, 14.7km and 7.32km. 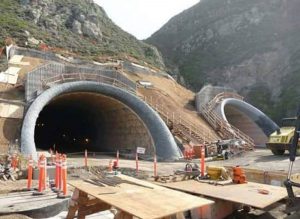 Already, the construction has begun on the tunnel between Sasser-Brengasa to Murgo which will decrease a 25km journey to 10km and on the 14km tunnel through the Zojila Pass.

The areas in which the tunnels are suggested have seen massive military build-ups following the continuing border tension with China which resumed in May.