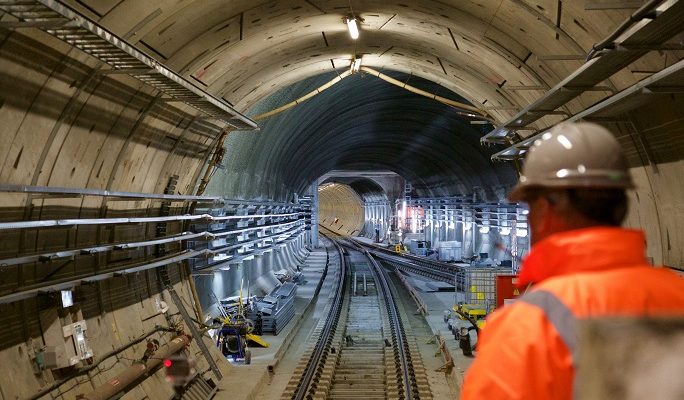 In Melbourne, Australia’s first tunnel training centre has been set up to enable trainees to work on the proposed rail schemes of the Victorian government.

The Victorian Tunnelling Centre (VTC) will provide specialist training in the construction and operation of a range of tunnels, including rail, road and utilities, partially based on the Tunneling and Underground Construction Academy developed for London’s Crossrail. In addition to safety-based preparation for underground jobs, trainees may be encouraged to prepare for credential and diploma certificates.

About 5,000 trainees a year are required to be qualified in underground construction (including TBM operation) and maintenance; other fields, such as emergency services, will also be served by the centre.

The new structure, situated at the Drummond Street campus of the Holmesglen Institute in Chadstone, a suburb of Melbourne, features replica mined and TBM tunnels; two multi-purpose engineering workrooms and other training amenities, including tube, shaft and sprayed concrete simulators, as well as encounters of augmented and virtual reality. The facility also features a cutterhead, a refuge chamber, and a four-motion bridge and gantry crane.

Vermeer to extend its offering of fully electric HDDs