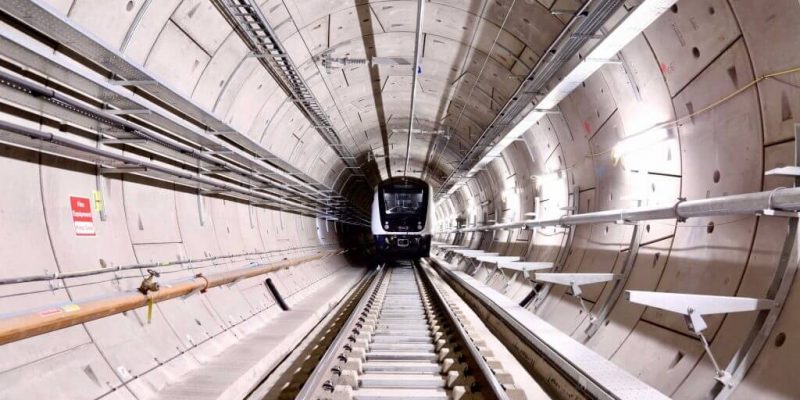 According to Crossrail Ltd., the determined date for launching the Elizabeth line is due to be made independent of whether Bond Street is available for use by passengers.

While this issue was brought up after senior figures involved in the Bond Street build proposed that Crossrail bosses may now wait for the beleaguered station to be complete before opening the line during the first half of this year, the rapid pace of advancing at the station during last 10 weeks presented positive pulses that this station could open at the same time as the rest of the Elizabeth line.

“The Elizabeth line is on track to open in the first half of 2022 as we continue to make progress on completing the works necessary to start passenger services in the central section of the railway, from Paddington to Abbey Wood. Bond Street remains at a less advanced stage than the other Elizabeth line central London stations, but good progress continues to be made,” stated a spokesperson for Crossrail.

The spokesperson also added: “The team at Bond Street is working hard to open the station as early as possible. The opening of the railway will be independent of whether Bond Street is available for use by passengers.”

After years of setbacks, Bond Street station has been decoupled from the delivery of the rest of the Elizabeth line, meaning that the line can open without it. It is now the only station not to be handed over to TfL after Canary Wharf achieved the milestone earlier this week.

In December and January, the station delivery review meetings in order to surveying use (BIU) dates for Bond Street were held, however, a final BIU date has yet to be finalized.

Following the completion of requirements to support trial operations in Bond Street, this station is prepared for full-scale passenger evacuation and emergency intervention and this stage is the least requirement that is necessary for the railway to enter into passenger service and is key to ensuring that the Elizabeth line opens safely.

Works at Bond Street are now focused on the final fit-out before the testing and commissioning phase commences in the run-up of the station’s handover and completion this year.

Speaking at a Greater London Authority Elizabeth Line committee meeting earlier this week, Crossrail chief executive Mark Wild said: “A finalized plan for Bond Street will materialize in the next month or so. The physical work at Bond street, the installation work at Bond Street is about to be complete and that’s a major achievement of course and then, of course, we’ve got the not insignificant task of testing and commissioning and bringing into use but we kind of know how to do it.”

“Bond Street is about to be enacted at SC2 [Staged Completion 2]. That’s important because Bond Street Supports Revenue Service configuration and the team at Bond Street are about to present Andy [Byford, TfL Commissioner] and me a plan over the next month or so we will finalize the opening date for Bond Street as well. But we don’t really want to say more about that. Let’s give the team the chance to pull it together but they are converging fast and they’re recovering a lot of the delays that they had,” added Wild.