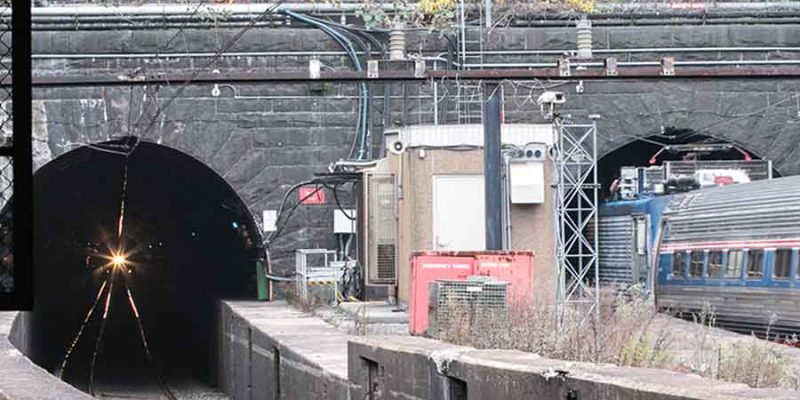 With a list of obstacles and problems, many stemming from the Hurricane Sandy flooding of October 2012, a soon to be released study by Amtrak will quicken urgent repairs are required to the Hudson Tunnel in the next few years if ‘potentially catastrophic failures’ are to be prevented.

As The Associated Press reviewed, the study discovered that the huge inundation by saltwater during the storm has caused problems so serious for the tunnel which is 110-year-old that they have to be resolved before a new tunnel beneath the River Hudson is constructed.

The salty deposits which are resulted by Sandy are reactivated by following water ingress and so continue to degrade the rail-track bed, tunnel walls, rails, and wood ties. Pools of water on the track bed can sap power from the track’s third rail that means trains lose most, if not all, of their power. Exclusively vulnerable are the 12,000V electrical cables that are running the length of the 4km tunnel. Tunnel infrastructure failures continue to create train disruptions resulting in severe delays to passengers.

Injecting a waterproof lining where the leaks occur, not only in the tunnel itself but also on either side where the water table is high could be one possible intervention. Such remedial works will have to go on until a new tunnel is constructed; this is expected to take at least 100 years but it will enable temporary closure of the old tunnel to enable the required repair work to happen.

“We don’t want to wait for the catastrophic problem, we want to get ahead of it,” Tony Coscia, Amtrak chairman told The Associated Press. The report given by Amtrak is expected to be the most detailed study yet on the extent of the necessary repairs which could run into millions of dollars.

The Progress of The Sydney Metro West Project