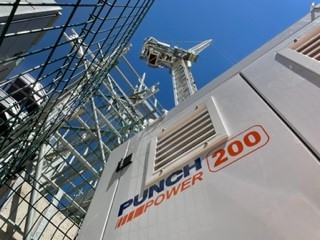 In order to reduce fuel consumption, carbon emissions and improve air quality at one of its London construction sites, HS2 is trialing technology developed for Formula 1 (F1) motorsport.

A tower crane on the railway’s Euston approaches site, which is a part of HS2 Ltd’s innovation program and would normally be powered by a 500kVA diesel generator to lift loads of up to 24 tones, is instead being driven by one less than half that size.

The operation responsibility of this site is up to civils contractor, Skanska Costain Strabag joint venture (SCS JV).

Due to pairing it with an energy-storing flywheel system advanced and supplied by Silverstone-based engineering specialist Punch Flybrid, the significantly smaller 200kVA generator’s power difference is achieved.

Incorporated inside the Punch Flybrid-supplied unit, the 35cm diameter flywheel is housed in a vacuum chamber to reduce energy-consuming resistance that would result from contact with the air. 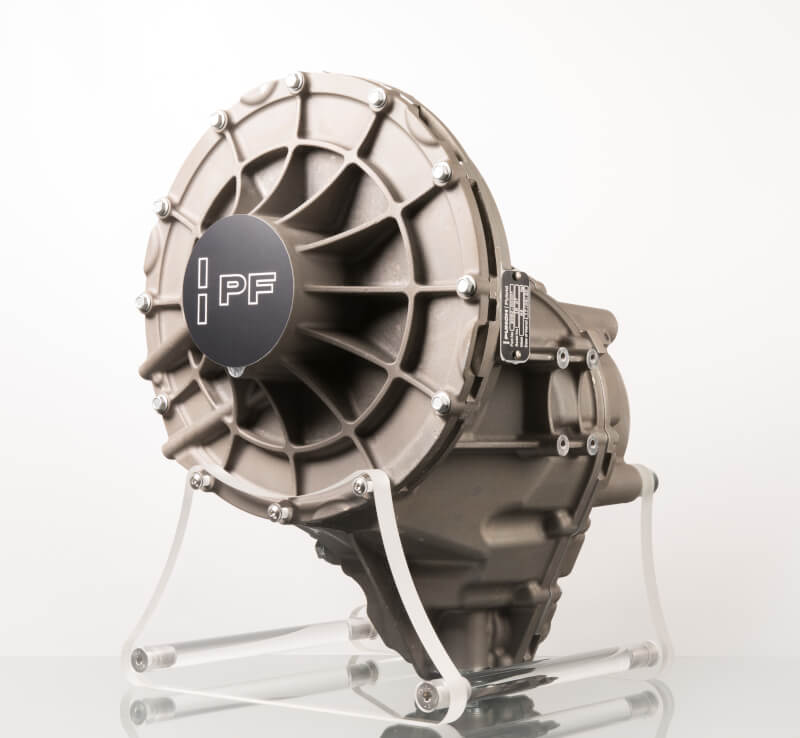 Using the 200kVA generator’s surplus power during the crane’s low load periods to attain the aim of charging the spinning flywheel to very high speeds, equivalent to a ground speed of 550mph, the technology matches the power of larger, energy-hungry generators. In order to support the generator when the crane demands maximum power to lift heavy loads, the kinetic energy stored by the flywheel can then be released.

The maximum amount of charging cycles by this flywheel is up to 10 million, while with a typical electric vehicle battery can perform 3,000.

Punch Flybrid’s expertise was originally used in F1 motorsport and endurance racing, including the Le Mans 24 Hour, before both sports chose to focus exclusively on electric battery-based hybrid technology.

According to HS2 innovation manager Rob Cairns: “Delivering Britain’s zero carbon, high-speed rail network was drawing on skills and technology both in and beyond the rail and construction sectors. Our trial work with Punch Flybrid is another great example of how investing in long-term national infrastructure program creates opportunities to draw on technology from across the economy that could potentially unlock significant benefits for our industry.”

Storing 4.8 tons of carbon, which is equivalent to the average monthly CO2 emissions of 40 family cars, the Euston trial more than halved the diesel consumption of a single tower crane to 6.3lt per hour in May.

“The technology was developed in response to F1’s quest for greater efficiency. Racing cars typically accelerate and brake around 500 times during a 90-minute F1 Grand Prix. Each time the car brakes into a corner at high power our flywheel system spins up, storing energy which is then released quickly to boost acceleration performance as the car leaves a bend,” said Punch Flybrid managing director Tobias Knichel.

He also added: “We developed our flywheel technology to improve performance and efficiency at the very pinnacle of the automotive industry, but its fundamentals mean there are opportunities to deploy its benefits in other sectors.”

Registering for Innovate UK’s Innovate at HS2 2020 competition, was the aim of the trail resulting from Punch Flybrid.

Innovate UK’s innovation lead for rail, Kelvin Davies, said:” The partnership between HS2 and Punch Flybrid had created the opportunity to explore the potential of automotive technology to save fuel, cut costs, reduce CO2 emissions and create possibilities for future economic growth in the high-value manufacturing and engineering sectors.”

The advancement builds on other measures taken to decrease emissions on HS2’s sites.

Locating at the Canterbury Road vent shaft site in South Kilburn, SCS JV achieved HS2’s first completely diesel-free site in May, whereas it had introduced a range of diesel-free technologies and greener equipment.

Considering as a direct replacement for diesel generators to power machinery on the site, the previous year SCS JV tested and launched two GeoPura 250kVA hydrogen power units at the Victoria Road Crossover Box in Ealing. The trial showed the units were capable of producing the energy required to power equipment for site operations, and they cut carbon and improved air quality for workers and the local community.