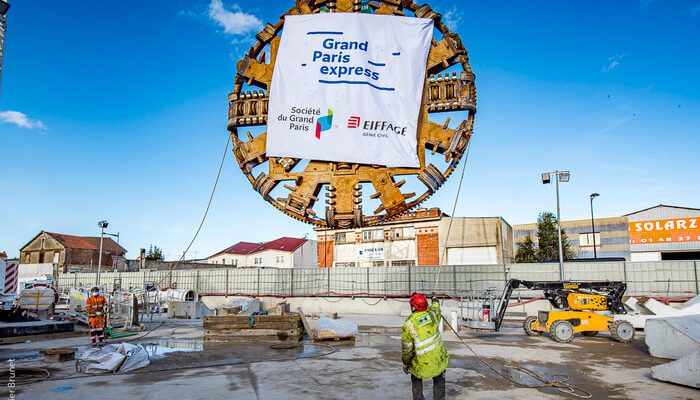 On 30 August 2021, following a 6 months excavation, 20m beneath the Bourgetine basement, and laying the tunnel lining, the Dorine tunnel boring machine completed its drive. Nearly 3 and a half months of dismantling and disassembly followed the imposing machine, just over 1000 tons and 120 meters long. The spare parts were gradually extracted from the structure, stored on the site before returning to the site where everything had started a few months earlier, the Verdun structure site.

Firstly, extracted from the well and evacuated from the site, the cutting wheel the drill head of the machine due to its diameter of almost 7 meters benefited from a specific evacuation system. During its transfer, on the night of October 27 to 28, it was carefully installed on a truck before crossing the streets of Le Bourget in an exceptional convoy, that is to say, at low speed and under police escort, to ensure the safety of motorists and residents.