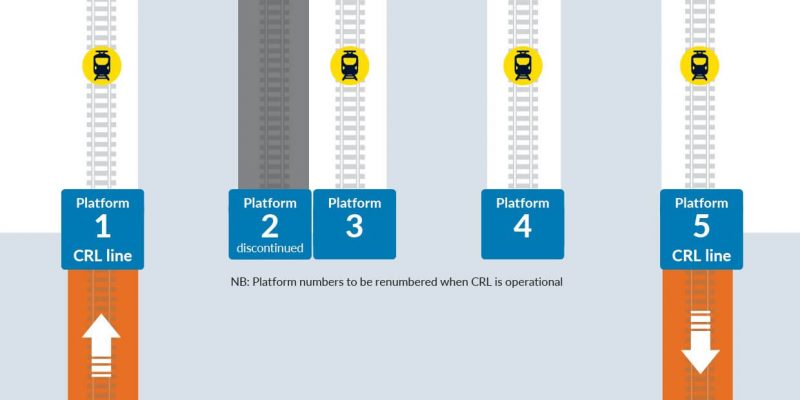 Hot on the heels of the last tunnelling breakthrough last month, the Link Alliance team has achieved great success on the City Rail Link project’s next phase of work.

Now, as reported, the first section of the railway track from Te Waihorotiu Station (Aotea) to Waitematā Station (Britomart) inside the tunnel box closest to Platform 1 is complete.

In this short clip, Wendy Chen, a Link Alliance Project Engineer talks about one aspect of her wide and varied role – what happens once the track is laid.

To get the track inside the tunnel to a completed state, the team first had to deliver materials to the downtown station near Platform 1. By working late at night and till the early hours of the morning, materials were transported by truck from Quay Park Yard after the last trains had moved for the day.

In addition, the material was delivered by a crane and lowered inside the station through an opening in the glass house structure behind the Chief Post Office, which is an essential entrance for Waitematā Station (Britomart).

As soon as the blocks were distributed and laid into place, they were linked with the railway line which is known as the ‘track skeleton’ was shaped.

Final adjustments were made to the alignment before concrete was poured and the railway track was finished.

As this section of the track is finished, the team is said to focus on installing safety walkways, power, the electrical overhead system, and communications/signaling trackside equipment. The work will start soon on the other City Rail Link tunnel, closest to Platform 5 in the station.