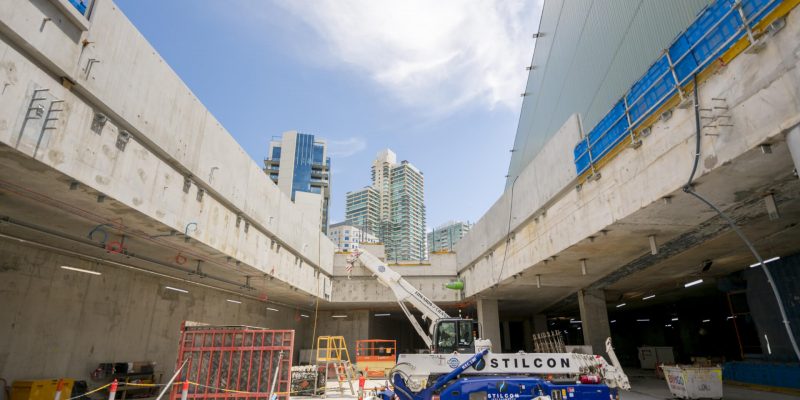 For most Melbourne citizens, 5 great sheds dotted near the Melbourne CBD have been the only view of the city-shaping Metro Tunnel Project for the past 4 years – until now.

This month, workers are going to begin their work at St Kilda Road to disassemble the first of the project’s acoustic sheds, which have been used to include noise and dust from around-the-clock tunneling and construction at sites containing A’Beckett Street, Franklin Street, and Swanston Street.

The shed removal will take approximately 6 weeks and is going to reveal the station site’s temporary cover, which comprises of a concrete slab and Styrofoam filling. Over the next 6 months, this temporary backfill will be demolished and removed.

Ultimately, St Kilda Road’s tram tracks and traffic lanes are going to be realigned for the last time over the station, after being twice realigned already as part of the building schedule that enabled the station to be constructed underground while traffic and trams carried on using the road above.

Nearly 40,000 people per day are anticipated to use Anzac Station to get to business precincts and growing residential areas, plus key cultural destinations such as the Shrine of Remembrance, the Royal Botanic Gardens, and Albert Park.

When operational in 2025, the Metro Tunnel will generate capacity for over half a million additional passengers per week during peak times across Melbourne’s train network.