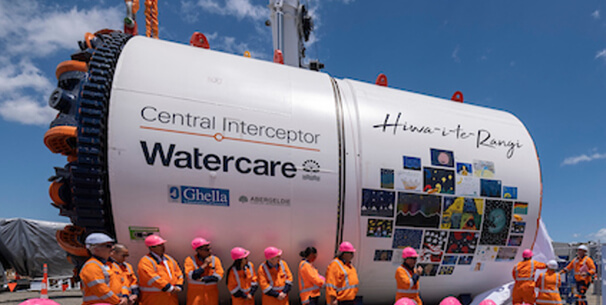 In order to cleaning up Auckland’s city fringe beaches at St Marys and Herne bays, the propose of extending the Central Interceptor wastewater tunnel further north has been presented by Auckland’s water company, Watercare.

Remarkably decreasing the overflows into the harbour when it rains, a program of work to separate the combined stormwater/wastewater network in St Marys Bay and Herne Bay, which was as part of the Western Isthmus Water Quality Improvement Program, had originally been planned by Watercare and Auckland Council’s Healthy Waters.

He continued: “Infrastructure projects all over the country have been heavily impacted by escalating material, labour and traffic management costs. These increases, along with further costs identified in the design stage to accommodate geotechnical risks, put our most recent cost estimates for the St Marys and Herne Bay separation project at NZ$278m – well above the original forecast of NZ$136m.”

“We simply can’t continue with the original separation plan at that cost so we’re developing an alternative solution that involves extending the Central Interceptor wastewater tunnel that’s currently in construction,” said Lamonte.

He also added: “By extending it about 1.5km from Grey Lynn to Point Erin, and building a new Herne Bay wastewater pipe to connect to it, we’ll be able to collect the area’s combined wastewater and stormwater and transport it to our Mangere Wastewater Treatment Plant. The Central Interceptor extension is an excellent alternative as it will achieve the same environmental benefits but sooner and at about 20% less cost than separation. We’d be almost eliminating overflows at these city beaches by 2028. It would also provide less disruption in the St Marys and Herne Bay communities and the only above ground and construction activity would be the Point Erin TBM drop shaft.”

Benefiting a targeted approach to gradually remove stormwater from the Central Interceptor tunnel, separation is due to still be carried out in the future, whereas the separation program won’t proceed in its initial considered date that was the 2028.

Although the determined date for completing the Central Interceptor project is 2026, the estimated extra time period for developing the tunnel to Point Erin is three or four months.

Starting the tunneling process beneath Auckland’s Manukau Harbour in previous week, the TBM Hiwa-i-te-Rangi, is going to tunnel 1500m across the Manukau Harbour, in what is the most challenging section of her currently planned 14.7km journey from Mangere to Grey Lynn. Tunneling is at depths of 15-20m and should be completed in around four months.