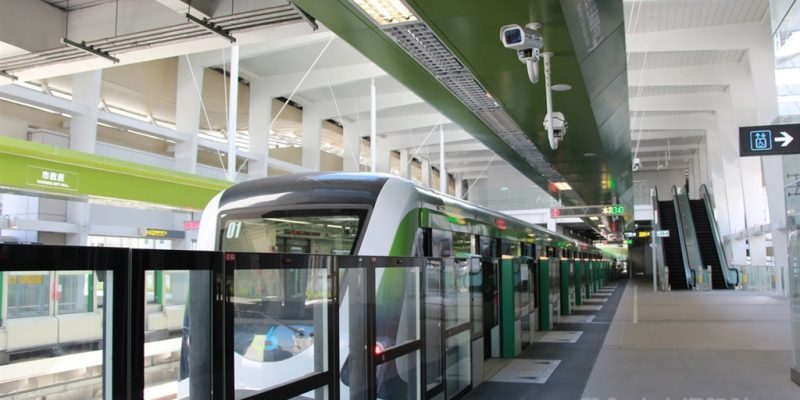 TERRATEC has announced the delivery of a 6.24m diameter EPBM to the BES-DAIHO-OKUMURA JV for its underground works contract on the Taoyuan MRT Green Line Contract GC02, in Taiwan’s Taoyuan district, for the Department of Rapid Transit Systems, Taoyuan.

The TBM was built at the TERRATEC plant, with main components imported from Japan.

The adaptable machine has been engineered to operate well in the local geology, which includes sandy gravel, sandstone, and mudstone, with pressures of up to 2.5 bar projected along the alignment. The ribbon-type screw conveyor is constructed to discharge massive boulders. The team will mount 1,200mm diameter reinforced concrete lining rings, composed of five segments, as the TBM progresses.

The Taoyuan MRT Green Line is one of the Taoyuan Metro’s six lines of rapid transit. For a total length of 27.8 kilometers, the MRT Green Line has a total of 21 stations (10 underground stations and 11 stereoscopic stations). Contract GC02 contains four underground stations and two tunnel drives totaling 5.4 kilometers. The TBM’s first drive will be approximately 80 meters, and it will be excavating from Mayuan station to Da’nan station.

The Taoyuan MRT Green Line is expected to be finished in 2025. The Taoyuan Airport Line, the MRT Green Line, the Green Line to Zhongli, the MRT Brown Line, the Sanying Extension Line to expand the Bade segment, and the underground Taoyuan Railway will be connected to form a ring-shaped grid, according to the city government. The City MRT system can provide a bulk, fast, and convenient service by connecting the six lines.

Since 2018, TERRATEC has been a part of the JIMT Group, which was established by three Japanese industrial behemoths: IHI Corporation, Mitsubishi Heavy Industries, and JFE Engineering Corp. to combine their TBM divisions for both domestic and international ventures.