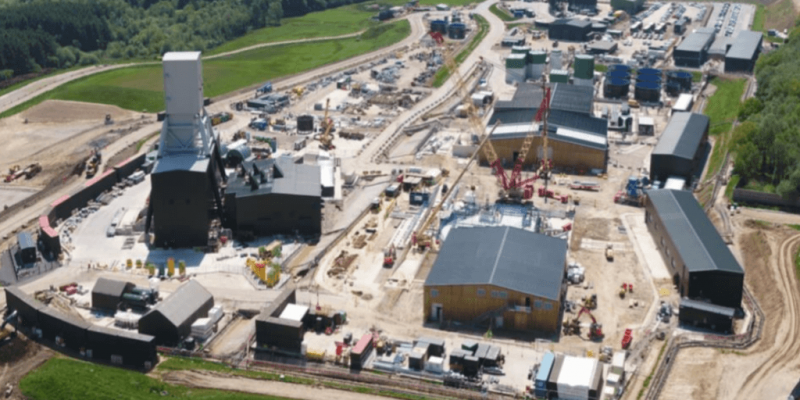 Following an about £390M capital in Woodsmith polyhalite fertilizer mine by mining company Anglo American in 2021, this company is going to invest £440M on this project in the current year according to its latest progress update.

Excavating two 1.6km deep mine shafts at Woodsmith mine close to Whitby on the North Yorkshire coast, as well as a transportation tunnel with 37km length towards to a processing facility and port on Teesside, are the contents of Woodsmith project.

The intention of Anglo American company to put another £440M towards the project this year, was announced by their chief executive Mark Cutifani in a presentation to investors in February 2022.

The fresh investment follows Tom McCulley’s appointment as chief executive officer of Anglo American’s Crop Nutrients business in January. McCulley plans to develop detailed design engineering, with expected changes to the phasing of work, particularly at the Woodsmith mine site.

Exceeding their announced capital that was £360M and revealed in August 2021, in the previous year the company invested around £390M on this project.

Furthermore, according to this company’s report, the digging process of 18km of its mineral transportation tunnel from Teesside to a small intermediate access shaft site just beyond Lockwood Beck by the end of last year has been done.

Locating at Lockwood Beck, the intermediate shaft with 383m depth is used for tunnel ventilation and access and was also finished last year benefiting a technique called blind boring, while at the moment it is being lined before being linked to the tunnel.

Meanwhile, shaft boring has started in the services shaft while progress is being made on the production shaft infrastructure.

The company is working on several changes to the design of the project to enhance its configuration. These will help ensure the project meets the company’s safety and operating standards, as well as its commercial objectives given the very long life of the mine.

In accordance with Cutifani: “This is a world-class fertilizer project and a business segment that we are even more positive about than when we acquired the project.”

He continued: “This is a very long-life asset and a product for which we see increasing market interest as the commercial trials demonstrate its crop yield and numerous environmental qualities, so we are going to take the necessary time to get every aspect of the design right to match our long-term vision and value aspirations.”