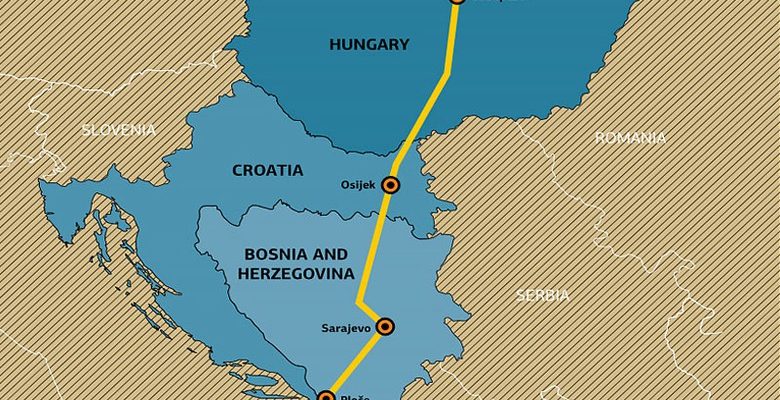 A press has been released on 28th of December that the Mostar South – Tunnel Kvanj subsection of the European Transport Corridor Vc at SARAJEVO (Bosnia and Herzegovina) was put out to an international tender for the construction, by the European Bank for Reconstruction and Development (EBRD).

EBRD’s website published the tender’s details last week. This report indicates that, as the contractor will be selected in two stages, the deadline of the tender is 22nd of February. In addition, local press has reported that the length of this subsection is going to be 9.2 kilometers.

The news portal eKapija.com announced on Saturday that, a 120 million marka ($75 million/61.4 million euro) budget has been provided for Mostar South – Tunnel Kvanj by EBRD.

The connection between Mostar (Bosnia’s fifth-largest city) with the European motorway network, is a significant step for Bosnian companies, citizens, and businesses. The construction of the Mostar South – Buna motorway, assists achieving this issue.