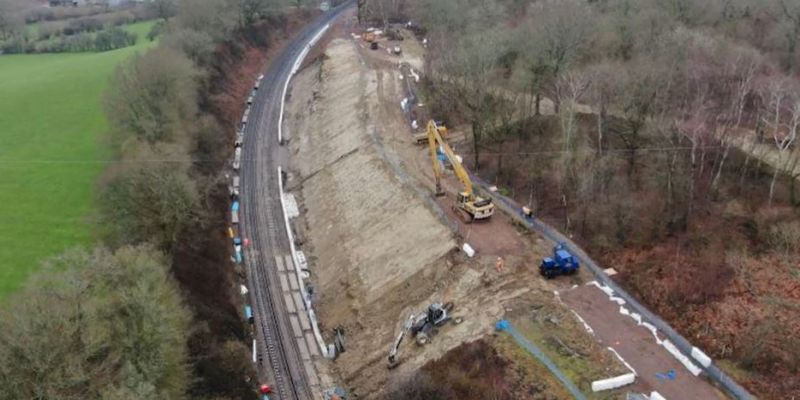 Network Rail engineers in East Sussex and Kent are getting ready for a bank holiday weekend of main engineering on the Hastings to Tonbridge line, with embankment work to secure the railway from landslides.

The work will be done on several sites on the line, more than three days between Good Friday and Easter Sunday (2 April to 4 April), and goes along with a two-week closure of the line in January and February, when landslides blocked the route near High Brooms.

Network Rail installed a permanent fix at High Brooms along nearly 150m of the 160-year-old Wadhurst Clay cutting comprised netting, soil nailing, and re-grading the slope from 40% to 32%. It is claimed that more than 5,000t of spoil was removed from the site.

Moreover, the closure earlier this year contained remedial work at Wadhurst, where remote condition monitoring sensors were perceiving movement in a vulnerable cutting.

Fiona Taylor, Network Rail Kent route director stated: “I know a lot of people will be wondering why we’re doing this work over Easter when we’ve only just reopened the line.”

He asserted: “We did as much as we could during February’s emergency closure, but this route has had more than its fair share of landslips in the past few years and it is vital we keep up the pace with our works to improve the resilience of the line and to shore up our earthworks.”

“We couldn’t speed this job up anymore and Easter is the best and earliest time we could do it, with the least disruption,” added Fiona Taylor.

Swedish wastewater tunnel is going to be reconstructed by Peab