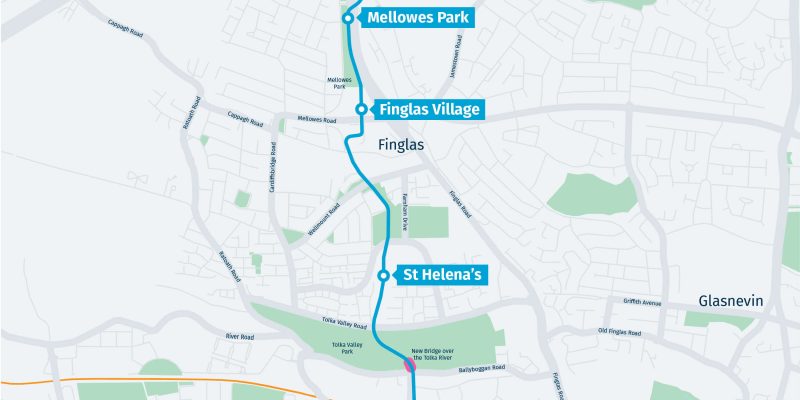 Ground Investigations Ireland has begun work along the route of a suggested tram line extension in Dublin.

A chosen route was declared for the project last year, taking the Luas Green Line 3.9km north from its existing terminus in Broombridge to a new park-and-ride facility near the M50 highway at Charlestown.

Now, Paul McAuliffe, Dublin North-West Teachta Dála– an essential local politician – has announced that work is underway to help the impact of the suggested extension on the surrounding environment.

McAuliffe posted on social media: “Ground investigation is an important part of that assessment and will look at the characteristics of the soil and rock along with the proposed route, groundwater levels, the presence of any soil and water contamination”.

According to McAuliffe, this work has just begun and is going to last into the beginning of next year.

He asserted that preliminary design was “well underway” for the broader project, with “several changes” proposed following a public consultation.

McAuliffe added: “Transport Infrastructure Ireland is taking on board the specific issues which were raised and attempting to address these issues as best we can”.

Almost all of the extended route is anticipated to be constructed by using “grass track”, and feature a cycle and pedestrian path running parallel to the tram line.