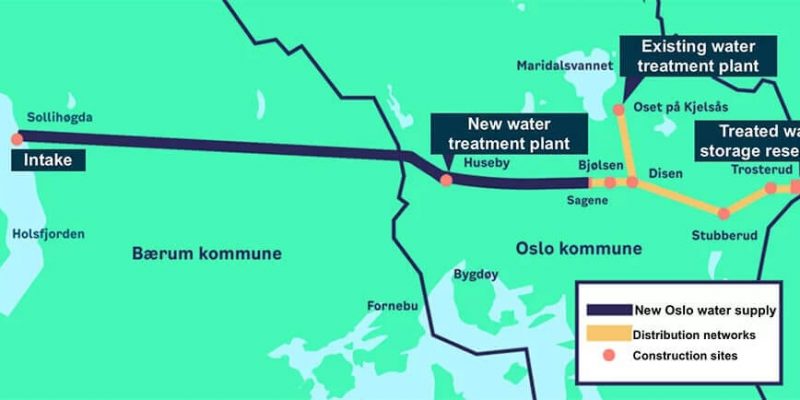 After the final blast on 13 January, Switzerland-based Marti Tunnel has finished a 3,585m boring through majorly hard Precambrian basement rock at the Skullerud–Enebakkveien tunnel project in Oslo, Norway.

A company spokesman stated: “We expected an easy tunnel,” “but the challenges we faced were quite demanding.” These contained a dramatic growth in requirement for injections – a total of 125 – which consumed 2.370t of cement. Therefore, an extra counter boring had to be done.

Drilling and blasting under a densely-developed urban area had to be done as the strict vibration constraints. Problems were further exacerbated by the pandemic which, with its travel limits, resulted in available labor supply coming nearly to a full standstill. Despite the hurdles, the team persevered to finish the mining successfully.

Andreas Greipel, Marti project manager mentioned: “This has really been a solid team effort and I’m proud of the work we have done here. We have been able to do all this without any personnel injuries, which is also very important.”

The Skullerud–Enebakkveien project which was designed by Cowi for Oslo’s water and sewage authority, includes the building of a 3,320m key tunnel (plus two access tunnels) to house a new steel 1,000mm drinking water pipe that is going to complement the Norwegian capital’s current supply network.

The pipe tunnel is going to stretch from Skullerud, northeast to Enebakkveien. Blasting on the US$38m project started in May 2019 at the Skullerud portal in southeast Oslo, approx. 8km from the city center.

The design and build contract comprises: a 155,000m³ of drill and blast to make a 3,320m key tunnel with 23-30m² boring profile; two access tunnels of 100m and 200m lengths; two 7m-deep shafts from the key tunnel to the surface; three pre-cuts with the concrete portal; a technical construction; installation of a new 3,320m-long steel pipe of 1m-diameter; and systematic pre-grouting for 1,400m of the tunnel. An underground facility for reloading of rock was also contained.

The Schaeff ITC312SL tunnel borer used on the project was delivered to the Skullerud construction site in April 2019 having previously been on display at the Bauma 2019 exhibition in Munich.