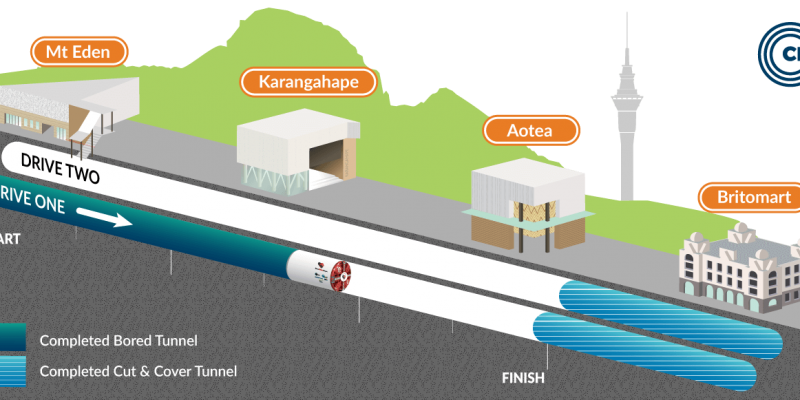 Following the successful drive of Dame Whina Cooper tunnel boring machine (TBM) towards Karangahape Station in the previous month, this month it commenced its journey to Aotea.

In order to prepare the TBM for its four-stage journey’s second phase, the required repairs of cutterhead such as replacement of some of the cutting tools at the front have been done by the team using the small window of opportunity after that the TBM broke through into the Karangahape Station cavern.

Then, the excavation process of this 130-meter-long TBM along the northern end of the Karangahape Station cavern (223 meters) was resumed.

Now well into its 785-meter-long drive from Karangahape Station to Aotea Station, the TBM is scheduled to reach the heart of Auckland’s midtown early in the new year.

While, the TBM shield is due to be dismantled at Aotea and carried back to the Mt Eden site by road, the TBM backup gantries will be returned back to Mt Eden using the TBM tunnel that has just been dug and the next intention of TBM will be being ready in order to participate in tunneling process of the second rail tunnel in 2022. 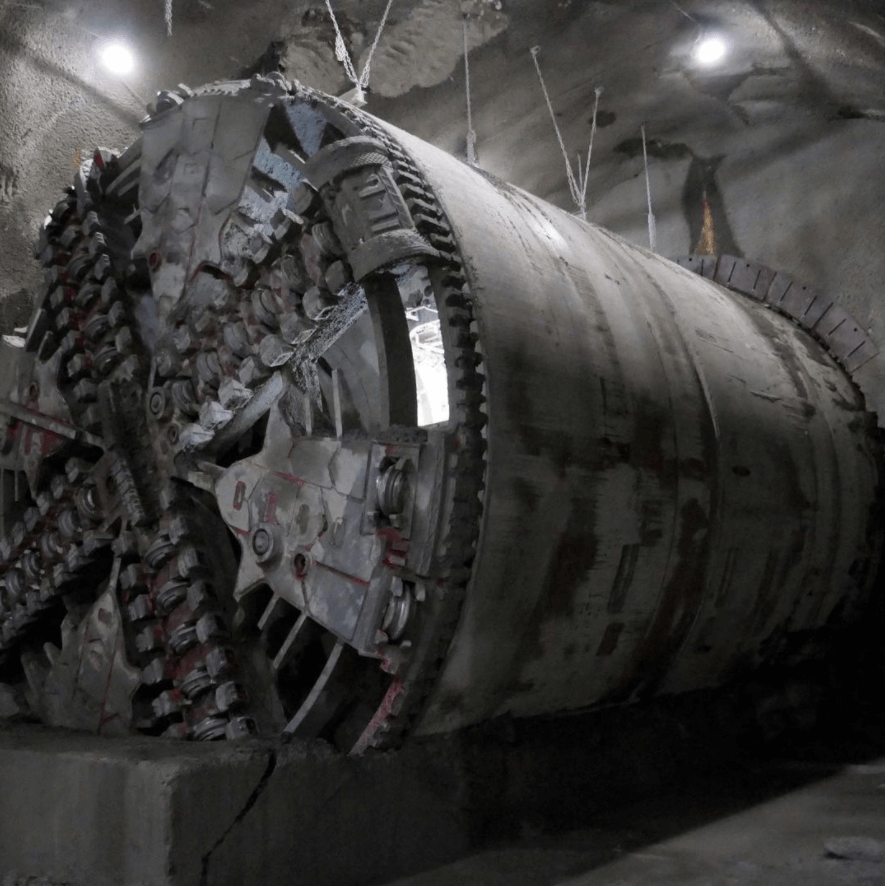