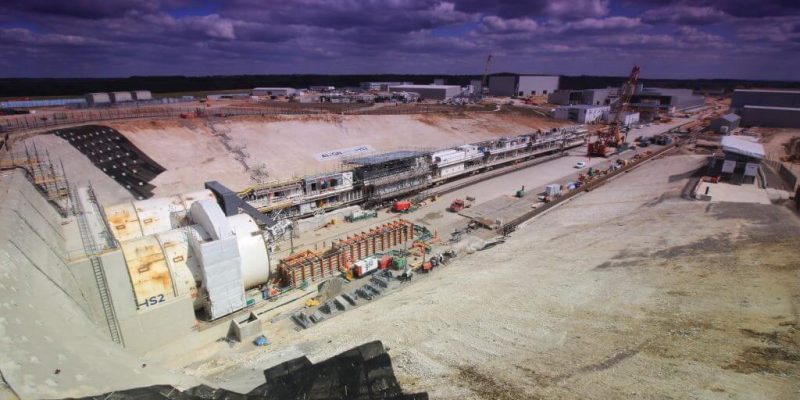 Considering Campaigner’s protest against the environmental impact of the High Speed 2 (HS2) tunnel in the Chilterns, they have been given a High Court hearing on Thursday 28 October.

Asserting the unfit and insufficient consultation and misunderstood environmental and water laws, Misbourne Environmental Protection (MEP), which is a group of local geologists and conservationists, requested for judicial review of the Environment Agency’s (EA) backing of the 16km twin-bore tunnel north of London.

As MEP states, the legal action seeks to “save the River Misbourne”, a chalk stream sitting in an Area of Outstanding National Beauty near Shardeloes Lake, and the groundwater in the underlying aquifer, which the group believes is also at risk.

Releasing almost 1,500m3 of bentonite slurry into the aquifer via fissures in the chalk, in order to construct a ventilation shaft at Chalfont St Peter is the main reason for the pollution incident in accordance with the campaigner’s claim, which are represented by law firm Leigh Day.

The noted slurry was comprised of 97% water and 3% bentonite clay and was used to temporarily reinforce diaphragm wall panels when the loss occurred. At one stage concrete was used to prevent further leaking of the material.

Hence, campaigners discuss the “uncertainty of the methods, risks and impacts” of the Chiltern HS2 tunneling project due to this incident, because they use tunnel boring machines at 18m beneath the riverbed in areas of structureless chalk with substantial fissures, while in MEP’s idea the incident illustrates the “flaws in the HS2 engineers understanding of the geology” and the EA has to update its evaluation of the all-round effect of the project.

According to a recent release from Leigh Day: “The incident and its resulting implications for the impact of the tunneling on the river crossings mean the work could be in breach of the EU directive protecting water quality through the effect on river water and groundwater levels, and the release of bentonite slurry and cement grout, which HS2 assume will solidify before it can be washed into the groundwater.”

Due to rejection of the group’s written application, MEP asked for that refusal to be surveyed at an oral hearing. The court then expedited the hearing because the tunneling is due to commence in the locations of concern by mid-December.

MEP spokesperson James Conboy said: “The water bodies affected by this vast tunneling project are some of the most important in South East England. The aquifer supplies 20% of London’s freshwater. Shardeloes Lake carries an abundance of unique wildlife and is a visually stunning body of water popular throughout the Chilterns. The River Misbourne is a globally rare chalk stream and one of only 210 left in the world.”

He added: “We want to force the EA to reconsider the entire tunnel project, take proper account of the Water Framework Directive, and consult interested parties before reaching a decision. This should result in a deeper tunnel running entirely through solid chalk when passing under the Misbourne, and external monitoring of the tunneling operation, to ensure an immediate response to any incident which might endanger the aquifer, Shardeloes Lake or the chalk stream.”

“When the HS2 project was approved in outline by Parliament, major assumptions were made, and assurances were given, about the plans. It is now apparent that the EA did not, despite promises, ensure that all potential risks to the river and the surrounding environment had been mitigated before it licensed the tunnel construction. It is for that reason that our client believes that there is an arguable case that the EA’s consent was unlawful and so should be quashed,” stated Leigh Day solicitor Rowan Smith.

In front of all these allegations, HS2 Ltd emphasizes their many years of scrutiny of its design and bided construction methods and approval for the commencement of tunneling. With regards to bentonite slurry, HS2 Ltd said that bentonite is a naturally occurring clay of low toxicity that is safe to use if managed appropriately.

In accordance with an HS2 spokesperson’s statement: “HS2 takes its responsibilities extremely seriously and we have a world-leading team of engineers, hydrogeologists and environmental scientists in place to ensure that the tunneling operation affords the right protection for the environment and is completed as safely and efficiently as possible.”

The spokesperson also asserted: “Our permissions have been granted by the Environment Agency and Affinity Water following considerable engagement with those organizations, and there has been no significant effect on the aquifer since the start of tunneling five months ago.”