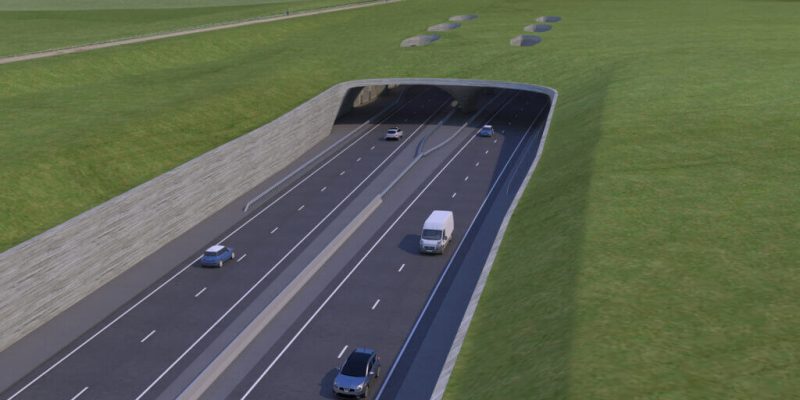 National Highways has awarded the essential contracts for the £1.7bn A303 Stonehenge Tunnel plan to Costain and Mott MacDonald.

Plans for the A303 Amesbury to Berwick Down plan would have a 3.2km tunnel construction below the National Heritage Site, 50m away from the present route of the A303.

National Highways has now awarded its £60M Delivery Assurance Partner contract to Costain and Mott MacDonald. The two engineering giants are going to supply technical and construction management expertise by assisting to mobilize the key works contractor, oversee construction, help the discharge of consent requirements and assure the design.

Derek Parody, National Highways’ A303 Stonehenge Tunnel project director mentioned: “We’re pleased to have brought in a team of expert contractors. The main works contract will only become live once the secretary of state has concluded the planning process.

“The announcement in no way pre-empts any decision, and once that is finalized, and should the DCO be granted, having these contractors in place puts us in the strongest possible position to deliver this transformational scheme and deliver the benefits we know it can.”

He also added: “The scheme will not only unlock congestion along this vital A303 route, but also conserve and enhance the Outstanding Universal Value of the World Heritage Site.

“Our Delivery Assurance Partner will help us to successfully coordinate and oversee the development of the scheme moving forward. This collaborative team will continue to work with local stakeholders, heritage bodies and local communities to deliver a successful and exceptional project for the area.”

“This scheme will bring enormous benefits to people using the A303 and those living in the local area, unlocking the regional economy and safeguarding the much-loved Stonehenge World Heritage site and surrounding environment.”

She asserted: “This award recognizes our ability to apply our construction expertise to the delivery assurance partner role and we’re delighted that together we are creating connected, sustainable infrastructure that helps people and the planet to thrive.”

“We’re proud to be chosen alongside Costain and look forward to working collaboratively with the project team on an outstanding scheme that will improve peoples’ lives, enhance the World Heritage Site and its surrounding environment, and one which the country will be proud of.”

The chief works contract secures building of the proposed tunnel’s civil, structural, mechanical, electrical and technology components. This contains the TBM, along with the approach roadworks and structures and the environmental components of the five-year building phase.

Also, opponents of the scheme believe that a longer tunnel would assist to prevent damaging the historic site. However in documents submitted to the Planning Inspectorate January, National Highways stated its position regarding an excavated tunnel extension “remains unchanged” and “this option should be excluded from further development”.