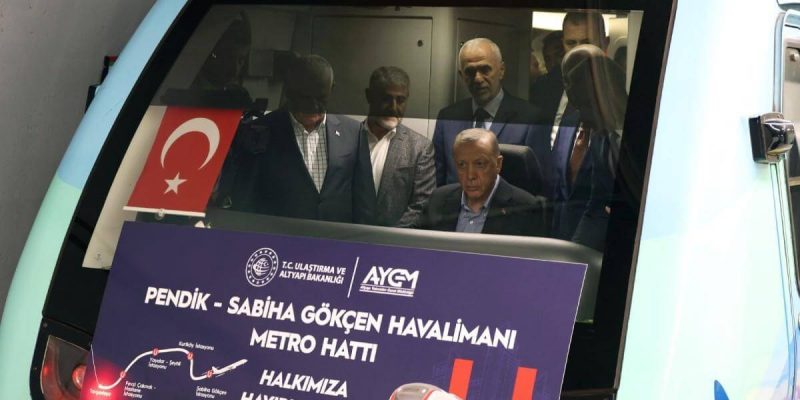 After the award of a new contract, building is set to resume on the last extension of Istanbul’s metro Line M4 that serves Sabiha Gökçen airport, and on Line M10 which is going to provide a through route connecting the airport with Pendik major line station and İçmeler further east.

As reported, the new connections are going to enable metro services to run directly to Sabiha Gökçen Airport from Pendik and İçmeler, plus the M4 trains to the airport from Kadiköy which started October 2.

Istanbul municipality signed a TL2∙897bn contract with Özgün İnşaat for building on September 30. Originally, the project had been tendered in March 2017 and a TL1∙614bn contract received by a consortium of Cengiz Insaat and Alsim Alarko Sanayii. Nevertheless, works stopped later that year when Turkey entered a period of economic instability and central government funding for infrastructure projects was paused.

Later, in 2020 the municipality secured external financing of €120m enabling building to restart, yet in July this year with 33% work completed the contractor was given permission by presidential decree to cease its activity, with the transport ministry subsequently enabling the municipality to call a new tender.

The construction is going on in two phases, with work on the first phase containing the extension of M4 by 1 km to Kaynarca Merkez. The second phase is going to see building M10 connecting Pendik station to M4 at Kaynarca Merkez and the final 5 km M4 extension to İçmeler, which serves four stations. All of the work is planned to be finished by the end of 2025.