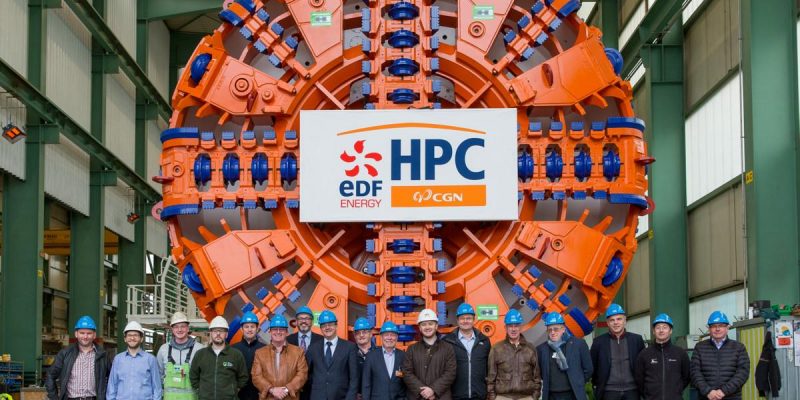 At the UK’s Hinkley Point C construction site in Somerset, another key milestone was reached, with the construction of the first of three off-shore tunnels required for the cooling-water system of the power station. On 9 December 2020, the first TBM, called Mary, hit the end of her 3.5km journey under the Bristol Channel to complete intake tunnel 1.

Balfour Beatty Project Director, Roger Frost asserted: “This is a significant achievement – one that marks another step towards the successful delivery of the UK’s landmark nuclear power station, Hinkley Point C. The unrivalled expertise of our people, combined with our state-of-the-art offsite manufacturing facility in Avonmouth, has made it possible for us to break through the first of three off-shore tunnels. I am immensely proud of the commitment everyone has shown.”

At a depth of 33 m below the Bristol Channel, the 3.5 km long, 7 m diameter intake tunnel 1 was removed using one of the three Herrenknecht TBMs required for the project.

More than 2,300 x 6 segment rings comprise the tunnel, with approximately 14,000 segments required to complete the lining.

At Balfour Beatty’s purpose-built manufacturing plant in Avonmouth, the nuclear-standard precast segments were developed and shipped to the facility. To complete the three tunnels, some 38,000 segments would be needed.

With muck removal through seven separate conveyors, both belt conveyors and a ‘bucket’-style vertical conveyor, down the length of the tube, up and out of the bore, Mary’s cutter head extracted about 340,000 tonnes of soil. It was loaded into trucks from here and used for onsite landscaping.

Sections of the TBM will now be dismantled and mounted on another unit, the remainder immortalizing the amazing feat of engineering under the channel as a time capsule.

In the cooling-water system, focus now turns to the two remaining tunnels. Emmeline, the larger of the TBMs, has just begun mining the outfall tunnel on her 1.8km journey, and Beatrice, supplemented by Mary’s equipment and responsible for intake tunnel 2, is due to begin early next year.