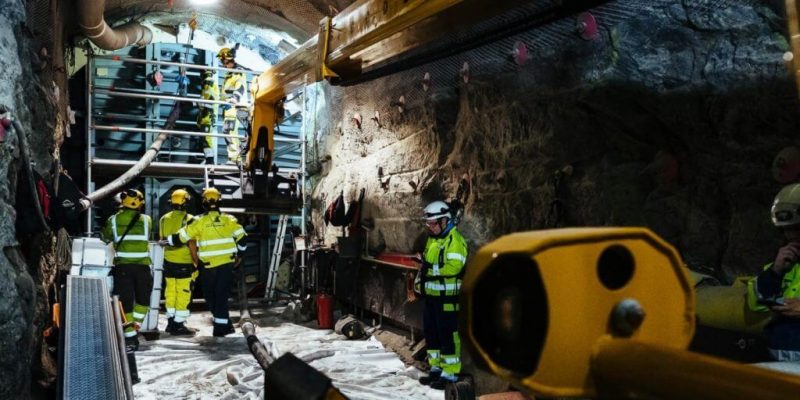 Commencing its construction in May last year, this 1.7km tunnel in the next stages of the project saw the tunnel linings strengthened and a tunnel floor installed.

In order to handle spent nuclear fuel from the nearby Olkiluoto nuclear power plant in Eurajoki, the Onkalo tunnel complex that is located on the west coast of Finland is being built.

Contractor YIT Suomi completed the excavation work for Posiva, which will see holes for 180 disposal capsules drilled into the first five tunnels.

According to Onkalo program manager Kimmo Kemppainen: “The completion of the excavation work was an important milestone for the disposal facility. When opened the Onkalo facility will be constructed to a depth of 400-430m underground.”

As Posiva reports, on 18 June the last section of the now dug disposal tunnels was blown up, and the end of the tunnel was completed for the beginning of the next work phases just before midsummer on 21 June.

Including the construction of an encapsulation plant and an underground final disposal facility for the disposal of spent nuclear fuel, the works are part of the €500M (£430M) EKA project.

In accordance with the estimations, by 2120 almost 100 deposition tunnels with a total length of around 35km will be excavated and sealed, while individually, the maximum length of one tunnel is 350m, and the tunnels are about 4.5m high and about 3.5m wide.

Depending on how many deposition holes there are in the tunnel and that is going to be determined by the volume of suitable rock based on the rock fractures, almost 30 spent fuel disposal canisters are due to be placed in one tunnel. The 30 canisters placed in one tunnel accommodate about 65t of spent nuclear fuel.

In order to determine the correct method for the final disposal of spent nuclear fuel at its research facility on Olkiluoto island, in March 2021 Posiva constructed a test tunnel.

Although Posiva’s Onkalo facility was originally provided to conduct the studies into the suitability of the island’s bedrock for final disposal operations, in 2015, the Finnish Government approved Posiva’s permit for the construction of a disposal facility and the above-ground encapsulation plant.

Detection of Abandoned Napoleonic Cobalt Mine by Cavers