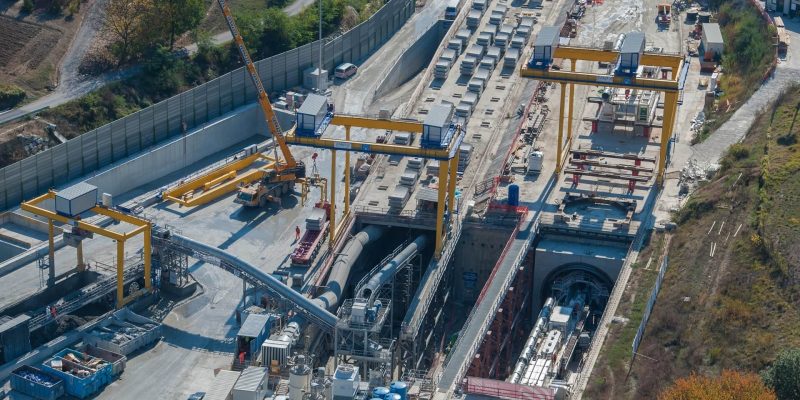 On 21 December 2021 by completing the excavation process of the new San Tomaso tunnel, which is a strategic part of the Terzo Valico dei Giovi – Genoa Junction One Project, and the first of the Genoa railway junction, approximately 83% of the underground boring activities of the Junction project was finished.

In order to reinforce regional and metropolitan links, the Genoa Junction project is going to quadruple the Genoa Voltri-Sampierdarena line, and construct two new tracks (sixfold) among the railway hubs of Piazza Principe and Brignole, while RFI – Rete Ferroviaria Italiana (FS Group) is its customer. The leader of operations and works is the General Contractor managed by Webuild under the supervision of the Government’s Extraordinary Commissioner, Calogero Mauceri.

The location of the new San Tomaso single-track tunnel, is stretching from the entrance to the Genova Brignole station up to the available part of the San Tomaso Tunnel, where the underground level of Genoa Piazza Principe is placed while the tunnel is almost 1500 meter length.

Construction of two other tunnels that are the New Colombo Tunnel with 1,409 meters length and 2,167 meters long the Polcevera Tunnel are subsets of the Genoa Junction project. Their construction is due to allow a rise in the capacity of the lines near the Genoa Junction, also potentially increasing the train frequency, by separating regional and metropolitan trains from long-distance and freight ones, and by connecting the last mile of the Terzo Valico dei Giovi to the Port of Prà -Voltri.

Involving providing a process of a chain of more than 2,300 companies and recruiting almost 5,000 people, the Terzo Valico dei Giovi- Genoa Junction is one of the undeniable consistent infrastructures that are now under construction in Italy. The final length of this tunnel following completion will be 53 kilometers. The expected advantages of the intended project will include increasing Italy’s competitiveness, giving it a more central role in trans-European connections as well as making Genoa’s network and its port increasingly more functional as an international hub, due to the interconnections to Turin, Milan, and subsequently Europe. Additionally, declining the journey duration between Genoa and Milan by 33% and hence decreasing the CO2 releases by 55% will be this project’s pros in the aspect of sustainability.