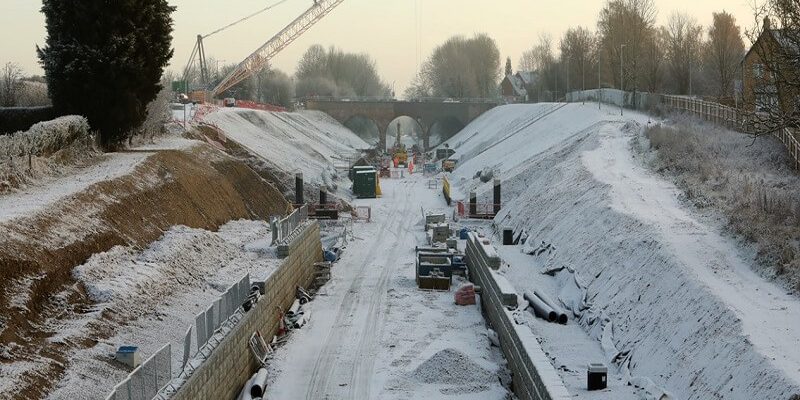 Extending process of the platform for a new railway station in Winslow, Buckinghamshire, which is under the responsibility of the East-West Rail project, has been started by Britain’s railway operator Network Rail.

Easing journeys between Oxford, Milton Keynes, and Cambridge, is one of this new station’s advantages.

Estimating to begin the works on the station construction in the first quarter of the coming year, a crane has been located for placing more than 500 pre-cast concrete platforms units within the new railway cutting.

Subsequently, work in connection with laying down the new track is due to commence in early 2023.

Additionally, providing a smartphone application for placing the units in the precise construction sequence will assist in controlling the limited space that is exist on site.

The purpose of East-West Rail is to present better, cheaper, quicker, and greener transport for commuters.

“This is a major milestone for the project, with a new station at Winslow, set to benefit communities and businesses in and around the town with an alternative, sustainable way to travel across the region,” said East-West Railway Company CEO Simon Blanchflower CBE.

He also added: “Whether it’s linking Winslow businesses with the best talent from along the route or providing families and friends with a way to connect without driving on the region’s busy roads, East-West Rail will help local communities meet the challenges and changes in modern life and leave a lasting legacy for the region.”

According to the anticipated almost 1,000 people will have the chance for job opportunities in the initial stage of the new railway, known as Connection Stage One between Oxford and Milton Keynes.