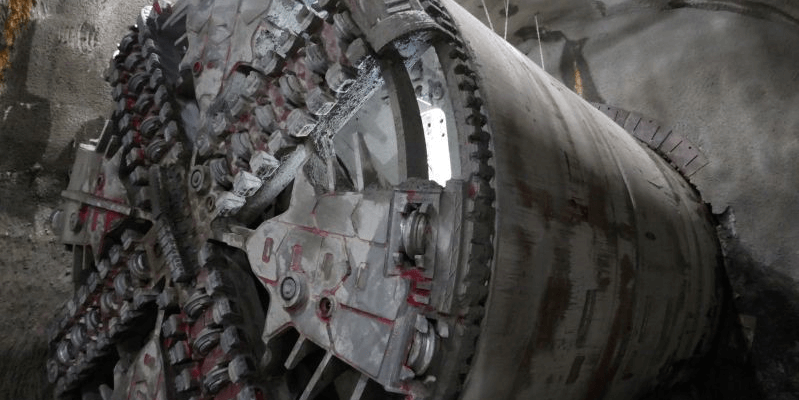 The determined date for concluding tunnel boring machine’s (TBM’s) drive with 785m length from Karangahape Station to Aotea Station in Auckland’s midtown, is early in the new year.

Although, the first phase of this TBM’s journey that was 860m from City Rail Link’s Mt Eden site to Karangahape, finished the previous month, because of Auckland’s Covid-19 lockdown between August and September TBM’s scheduled September breakthrough at Karangahape, encountered a postpone.

Francois Dudouit, project director for the Link Alliance, which operates the TBM, said: “We’re very happy to be on the move again for Auckland. Our teams above and below ground have adapted successfully to working in a covid environment and arriving safely for a breakthrough at Aotea is our new goal.”

According to Project promoter City Rail Link Ltd: “Tunneling accelerated when lockdown restrictions eased and its Karangahape arrival was ahead of its rescheduled time.”

While Dame Whina Cooper resumes its work process from Karangahape, two other tunneling machines on CRL start their retirement.

Dame Valerie Adams and Jean Batten, are two roadheaders that have ended digging Karangahape’s two platform caverns and the job was completed with the last breakthrough from the caverns into the box where the Mercury Lane entrance to the station is being built.

Dudouit asserted: “Construction like this – building a station 35 meters below ground in a busy city – is something New Zealand has not seen before.”

The extended path of Karangahape, which is due to be the country’s deepest railway station, is beneath the Karangahape Road ridgeline with entrances at Mercury Lane and Beresford Square.

The amount of extracted sandstone by these two roadheaders is almost 84,000t.

Temporary support within the platform caverns and connecting cross passages or adits has so far involved the installation of 7,000 rock bolts and spraying 6,000m3 of shotcrete.

The plan is disassembling TBM Dame Whina Cooper at Aotea underground and returning it to Mt Eden in sections in order to relaunch for excavation of the second rail tunnel in 2022.

The advantages of completing this project with NZ$4.4bn (£2.3bn) value and 3.4km length, are presenting easier and quicker access to the central city while it is the largest transport infrastructure project undertaken in New Zealand. Despite the cautions of project chiefs about significant consequences from the pandemic, the expected date for completion of this project is 2024.