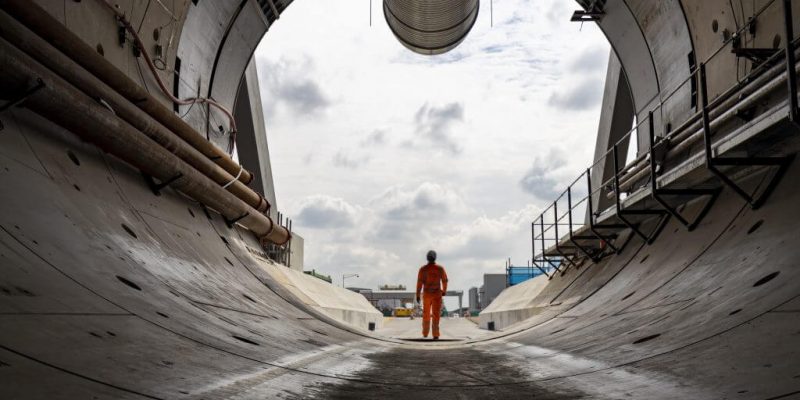 A significant breakthrough has been achieved in HS2’s construction and tunneling process by completing the first mile of the tunnel.

Local school children have broadcasted a series of images and a video on HS2’s behalf. This video is about the first section of the tunnel constructed by the TBM named Florence, which is in honor of Florence Nightingale.

In May 2021, the intended TBM, with 170m length and manufactured by Herrenknecht, was started up and the estimated time duration for completing this 16km long tunnel, which is being driven from the south portal at Maple Cross towards the north portal at South Heath, using this TBM is three years.

Formerly, Ltd’s contractor Align, which is a joint venture of Bouygues Travaux Publics, Sir Robert McAlpine, and Volker Fitzpatrick, has launched TBM Cecilia as the second TBM of this project for excavating the second bore on the tunnel.

HS2 Ltd project client Rohan Perin said: “The 16km Chiltern tunnel will take HS2 underneath the hills and safeguard the woodlands and wildlife habits above ground as well as significantly reducing disruption to communities during construction and operation of the new railway.”

According to Align project director Daniel Altier: “I am delighted with the progress that Florence has made since its launch in May, with Cecilia not far behind. All the spoil from the TBMs is converted into a slurry before being pumped back to our South Portal site, just inside the M25, where it is processed and used for landscaping on site. This is, and will continue to be, a huge logistical challenge, as Florence and Cecilia continue their journey through the Chilterns.”

“Florence reaching the one-mile point is a great achievement, however, we still have a long way to go,” added Mr. Altier.

In accordance with Align’s statement, the whole amount of the spoil that is due to be dug during the tunnel drives is 2.7M.m3. The material will be processed to allow it to be used for landscaping around the south tunnel portal site and the creation of 90ha of Chalk grassland habitats.

Moreover, for tunneling a further 86km of tunnels on the phase one route, the other eight TBMs on the project will be used.