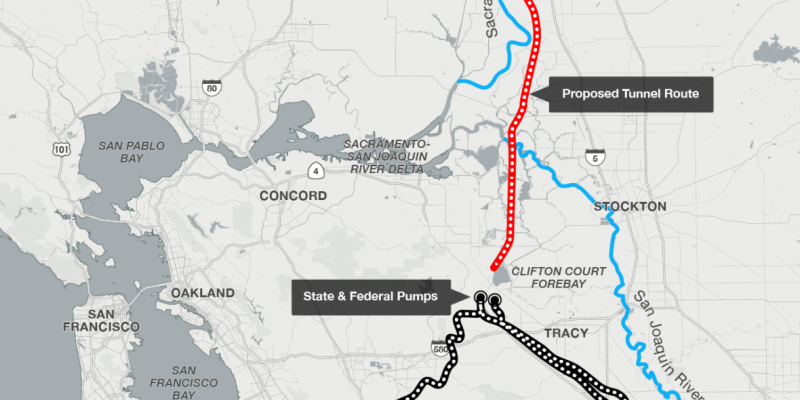 The approval of a bond issue to fund the quarrelsome US$ 17.1 billion Water Fix tunnels is being protested by environmental campaigners in California.

Bloomberg announced that environmental organizations have filed a complaint on the grounds that under the California Environmental Quality Act (CEQA), the State of California has failed to complete the requisite impact assessments.

The goal of the California Water Fix Project (formerly the Bay Delta Water Conveyance Project) is to redirect fresh water from the Sacramento San Joaquin Delta, a vast, large estuary in the north of the state, to the more populated central and southern regions where approximately two-thirds of the population resides. 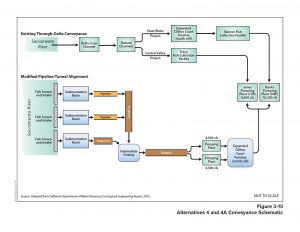 An overall 72mi (115km) of intake and transfer tunnels up to 50m below ground are included in the project; this also consists of three northern intakes with 85m3/sec (3,000ft3/sec) capacity defense of the scheme as well as twin 30-mile-long (48km) tunnels of 12m-diameter.

In support of the system, the State claimed that it is essential to preserve the fragile

watershed of the delta to protect endangered fish, and to prevent saltwater from flooding the freshwater source that would arise if the earthquake had ever failed.

Tim Stroshane of Rebuild the Delta, a Policy Analyst and a critic of the project, reported in an e-mail to Bloomberg: “There is no final Delta tunnel proposal, no environmental impact assessment, no State Water Management Control Board permit and no federal permits.”

In a formal statement he also asserted: “They don’t even have a Federal partner for the project. They don’t know which route the tunnel will be built through, and they do not have a finalized community mitigation plan. Worse, they don’t know how much water will be available to move through the tunnel.”

Robbins Webinar on the Galerie des Janots project in France