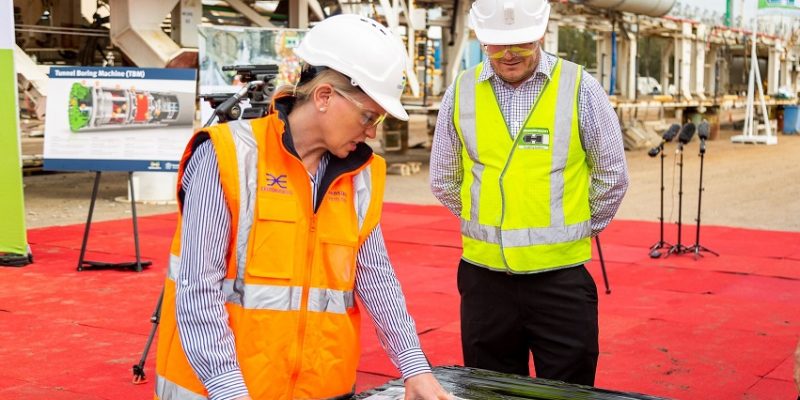 In preparation for the city’s Cross River Rail network, which has a cumulative length of

10.2km and contains 5.9km of twin tunnels, two TBMs are being retrofitted in Brisbane, Australia.

The first TBM is presently fully assembled and is to undertake final tests at the Northside facility of Herrenknecht, while the second machine will enter the same point in December. Both two machines will be dismounted for easier transport to the new Woolloongabba workstation, where they will be eventually launched at the beginning of 2021. 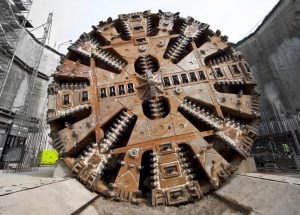 The two 7.2m-diameter devices, armed with 39 cutting discs exerting a pressure of 32t each can tunnel predominantly into hard rock at an estimated pace of 20-30m/day, lining as they advance with 4.2t precast concrete parts. At the lowest point, the tunnels would lie 58m below the surface of Kangaroo Point and 42m below the Brisbane River. The TBMs are also remarkable because they have back-up mechanisms that have been reused from the Sydney Metro scheme, estimated to excavate about 290,000 m3 of spoil every day.

They would bore down a tunnel alignment that reaches under the Brisbane River from Woolloongabba, stopping at the northern portal of Normanby. Boggo Lane, Albert Street, Roma Street and Woolloongabba will have four additional underground stations.

Cross River Rail is expected to improve the public transport infrastructure in Brisbane and to redevelop the precincts surrounding the stations. The project has already seen over 100 subcontractors and vendors helping Herrenknecht in the US$7.3m TBM expansions, aiming to deliver 7,700 jobs in the area.

The scheme is expected to produce an additional 18,000 rail seats, reduce the number of drivers from the roads roughly by 14,000 and therefore minimize travel times on existing train lines in south-east Queensland.

NHI progresses to the front of TBM coal-mining