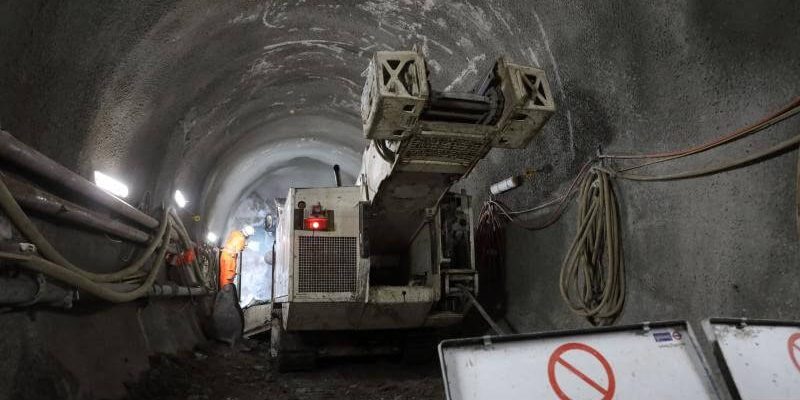 While passing the halfway mark of the Northern line blockade, ultimate tunneling works have been finished on the Bank Station upgrade.

The updates on the advancements made at Bank Station since the Bank branch of the Northern line closed between Kennington and Moorgate in mid-January in order to finalize work on the new tunnel and customer concourse, have been revealed by Transport for London (TfL).

The determined date for completing this phase of the major upgrade work is in mid-May, with the Northern line fully reopening to customers at this point.

At the halfway mark of the closure, main contractor Dragados has completed work on the remaining roughly 100m of the sprayed concrete lining (SCL) tie-in tunnels. This is in addition to the 1.3km that had already been tunneled. Dr. Sauer and Partners was involved in the design of the tunnels and shafts for the project.

According to TfL chief capital officer Stuart Harvey: ” We have been making great strides in the intricate and complex work that is required below ground at Bank and are on schedule to finish this phase of the work in mid-May, as originally planned.”

Installing and testing all station systems, running test trains through the new southbound tunnel, as well as familiarizing station staff with the new layout and systems, are the planned key activities for the second half of the closure period.

Although the Bank Station capacity upgrade project has been started in 2016, much of the work completed for the project has been intricate and complicated. There are 31 listed buildings at street level above the new tunnels and foundations for other buildings that had to be tunneled through.

The amount of extracted soil for the SCL tunnels, Since Dragados commenced tunneling work in 2017, is more than 71,000m3.

Teams of engineers working in shifts around the clock are advancing the working process. TfL said: “Despite the ongoing challenges presented by the pandemic, it is on track to be delivered as planned later this year and within the £700M budget.”

Raising the station’s capacity by 40% when work ends later this year, improvements still to come including step-free access to the Northern line and improved access to the DLR platforms, will be the advantages of this upgrade.