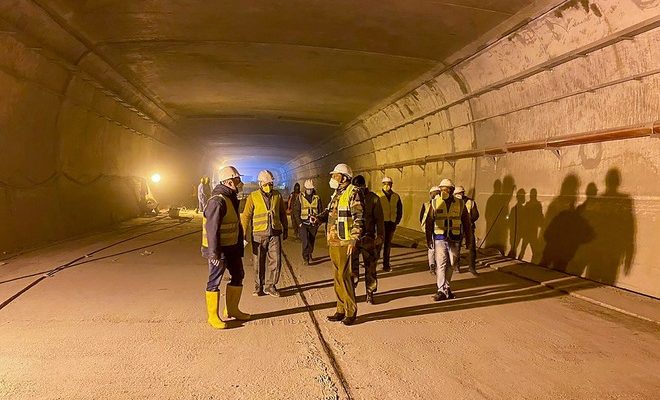 After a decade passed by, the world’s longest highway tunnel now awaits the inauguration ceremony by Prime Minister Narendra Modi, plausibly in Oct. 2020. From a strategic point of view, the tunnel will provide an all-year link from Manali to Leh. However, the tourism industry and the economy will as well benefit from this project.

“Atal Tunnel, connecting Manali to Leh, is the world’s longest highway tunnel above 10,000 feet. The estimated period for completion of this tunnel was less than six years, but it was completed in 10 years,” said KP Purushothaman, Chief Engineer.
Multiple safety measures, including fire hydrants, are placed to ensure passengers well-being.
“There are CCTV cameras at every 60 meters and emergency exit tunnels at every 500 meters inside the tunnel. The tunnel will reduce the distance between Manali and Leh by 46 kilometers and four hours can be saved,” said Purushothaman.

Workers kept the construction wheel going despite the imposed difficulties.
“The induction and de-induction of resources was a difficult task while it was under construction. We did face a lot of challenges, but together we were able to complete its construction. The tunnel’s width is 10.5 meters, including footpath of 1 meter on both sides,” said Purushothaman.

Double-lane single-tube Atal Tunnel is a notable milestone in the challenging geology of the Himalayan Mountains.

Winners Announcement for the Design Contract of the Llogara Tunnel, in Albany