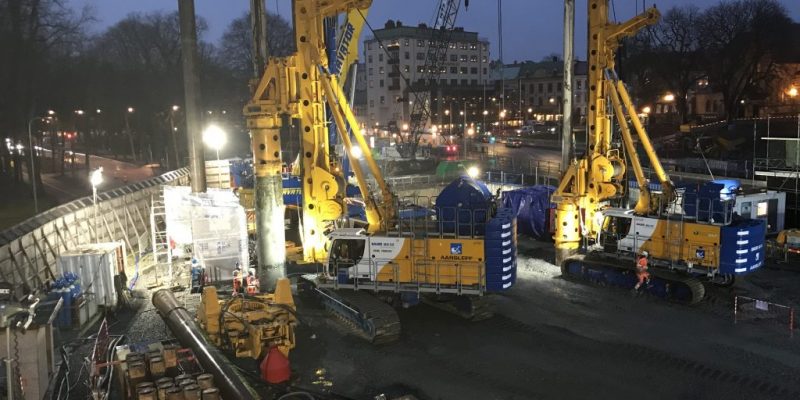 Per Aarsleff and Aarsleff Ground Engineering are now piling for a new underground station in central Gothenburg, Sweden.

For constructing the Haga Station, a considerable boring pit had to be built. Aarsleff Ground Engineering has drilled 20 king posts as part of a temporary foundation for the top-down solution on the future station.

The company pre-drilled 1,200mm diameters for the posts to between 25m to 40m depths via both dense and soft clay and then between 2m to 8m into the underlying bedrock granite.

Moreover, Aarselff is installing 30 secant piles to support the cross walls for the exterior wall of the station.

Aarsleff has located a Bauer BG45 and its Bauer BG55 – the biggest drilling rig both within the Aarsleff fleet and in Europe.

As the company argues, because of the soil conditions and the logistics with other works on site, it is a difficult and challenging job.

One of the four stages in the extensive West Link (Västlänken) project is Haga Station which is a part of a £1.68bn (SEK20bn) project that is going to comprise a new 8km railway and three stations.