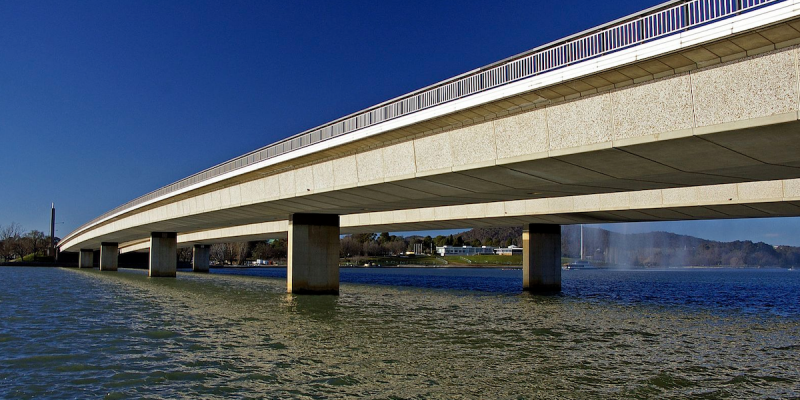 A $137 million budget has been awarded for the advancement of Canberra’s Commonwealth Avenue Bridge by the Federal Government.

“This investment ensures this important piece of infrastructure can continue to function safely for the next 50 years and beyond,” said McCormack, the Deputy Prime Minister and Minister of Infrastructure, Transport and Regional Development.

“This investment will also back Canberra’s construction workforce and economy at a critical time, with the bridge upgrade expected to create more than 700 jobs.”

McCormack continued: “We are particularly pleased the majority of construction materials to be used for the project, such as the steel and concrete, are manufactured in Australia.”

According to Zed Seselja, Senator for the ACT, investment on promoting the bridge would remarkably modify safety for motorists and pedestrians alike.

Zed Seselja mentioned that: “The Commonwealth Avenue Bridge upgrade, which will be delivered by the National Capital Authority, will strengthen the bridge to prevent structural damage, widen the pedestrian pathways and replace the vehicle safety barriers to improve road safety.”

He also asserted: “It is infrastructure projects such as these that make a real difference for the day to day lives of Canberrans and of course for local jobs and the economy at this vital time, which is why we are pleased to confirm federal funding will flow.”

“This $137 million investment in Commonwealth Avenue Bridge is part of over $1.3 billion in new investments announced in the ACT by the Federal Government in recent years, boosting the Canberra economy.”

“This is what the Australian Government’s $110 billion nationwide infrastructure investment program is all about: getting Australians home sooner and safer while creating jobs and economic stimulus to lay the economic foundations for recovery following the COVID-19 pandemic,” added Seselja.

He also stated that: “The upgrade will ensure that the bridge will continue to operate as a critical piece of our city’s transport infrastructure for decades to come. This project will stimulate our local economy and support the jobs and livelihoods of Canberrans.”