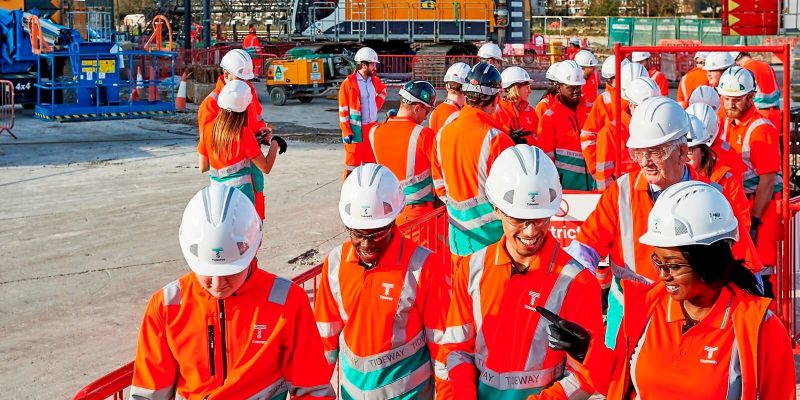 The 1000th ring completed on the Greenwich Connection Tunnel by Annie machine.

Currently, the tunnel boring machine is 1.5km into the journey to Chambers Wharf in Bermondsey, where the Greenwich Connection Tunnel is going to meet the key super sewer.

“We are now approaching Earl Pumping Station, where the teeth on Annie’s cutterhead will be changed before continuing on her journey to Chambers Wharf,” stated Darren Kehoe, the Greenwich’s Project Manager.

The huge tunneling constructing the 4.5km Greenwich Connection Tunnel is named after Annie Scott Dill Russell who was the first female scientist to work at the Greenwich Observatory. Previously, the TBM was assembled at a site by the O2 Arena having been delivered from Germany before being disassembled and transported through local roads.

Annie is well more than 100m long and weighs in at about 960 tones – nearly the same as the nearby Cutty Sark.

With the marine infrastructure in place at Phoenix Wharf, the northern half of the site in Greenwich, much of the bored spoil from the tunnel is being cleared from the site by barge – in line with Tideway’s commitment to transport material by the river where possible. For extra details on the project, you can visit tideway’s website.

A Revolution in Tunnel Construction by Hypertunnel Technique