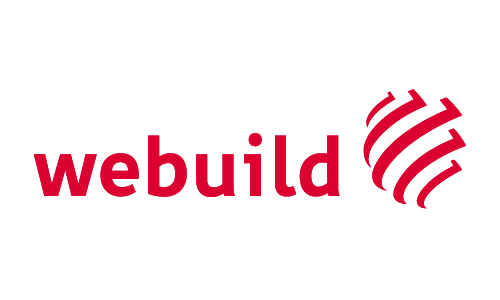 The deal which its worth is €225 million, implies that Webuild now owns nearly 65% of Astaldi, which had recently come close to announcing itself bankrupt.

Back in February 2019, the company originally offered to acquire Astaldi. Its suggestion was submitted to the Court of Rome by Astaldi, which was in the progress of looking for protection from its creditors in order to have time to restructure.

The deal that was accepted by Astaldi creditors, shareholders and the court, saw Astaldi’s non-core assets such as the Etlik integrated health campus in Turkey, the Gebze-Orhangazi-Izmi highway, the Felix Bulnes hospital in Chile and the Santiago airport liquidated in order to repay the company’s creditors. This enabled Webuild to take the controlling share of Astaldi, without inheriting its debt. 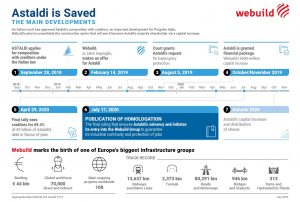 As Webuild declared, Italy’s construction sector represents 8% of the country’s economy and employs approximately 500,000 people. The company believed that its investment in Astaldi would bring it “closer to what its foreign competitors enjoy: a strong presence in their home markets”. As reported by the company, 60% of the world’s top 250 construction company make 75% of their revenue from their home markets.

The acquisition of Astaldi was part of the ‘Project Italy’ schedule launched by Webuild in 2019. Project Italy’s purpose is to aid the revival of Italy’s constructing industry by making a single significant construction hub.

Astaldi, which has completed major projects all over the world comprising the Yavuz Sultan Bridge over the Bosphorus in Istanbul the world’s largest optical telescope – the ELT – in Chile, is one of three companies acquired by Webuild as part of Project Italy.

While the ambitious project was launched only a year ago, it has already seen Webuild acquire controlling shares in Grandi Lavori Srl and Seli Overseas SpA, which owns GLF Construction (USA).

Pietro Salini, Chief Executive of Webuild, following the completion of Astaldi’s capital increase stated: “For Webuild Group, this is a moment that evokes a great sense of accomplishment. It opens the way for a bigger and more competitive Group that looks at the future of the sector in Italy with optimism. Webuild’s acquisition of 65% of Astaldi allows us to complete the biggest operation under Progetto Italia and focus on the best business opportunities to be found in the market. Our Group will have more than 70,000 people and an order backlog of nearly €40 billion. We will be bigger, stronger, better organized and more efficient to compete better together in international markets and relaunch the Italian market for infrastructure.”

He also added: “The operation was made possible thanks to the contribution made by Italy’s main public and private institutions – CDP Equity, Intesa Sanpaolo, UniCredit and Banco BPM – and a large pool of qualified investors including businessman Leonardo Del Vecchio who believed in an initiative that, just a year ago, seemed an ambitious idea and yet, today, has become a reality. This trust has allowed us to protect and create jobs, giving a boost to the entire supply chain and making the most of Italian know-how. With only five projects in Italy, we have come to involve 5,000 small- and medium-sized businesses.”

“We feel the obligation to modernize the country by unblocking and launching new projects that support sustainable growth over the long term in light of this incredible opportunity offered by European funds. It is an obligation that has acquired a sense of urgency, especially in this period. It can be an anti-cyclical act to relaunch the economy after the COVID-19 pandemic and create jobs and give hope to young people. In this way, we can help Italy open a new season of sustainable reconstruction, from mobility to water infrastructure, from hydrogeological projects – in a country that lives from one emergency to another rather than plan ahead – to the maintenance of public works and the construction of green buildings, hospitals and schools,” he asserted.

Robbins Webinar on the Galerie des Janots project in France