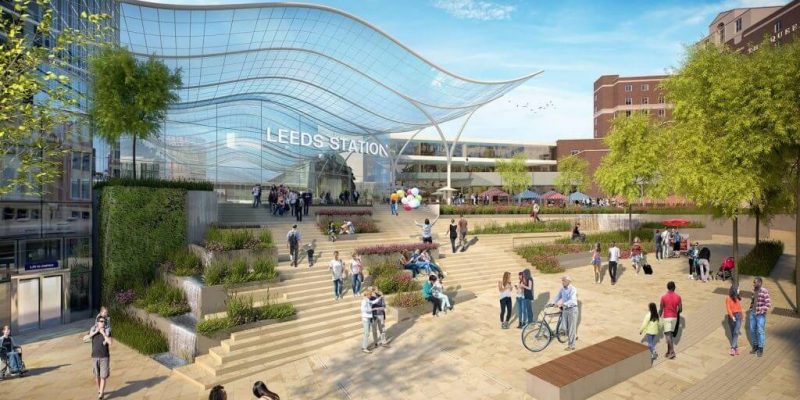 The construction process of High Speed 2 (HS2) phase 2b’s eastern leg, which stretches from the West Midlands to Leeds, is continuous as an uncertainty and another Whitehall source bids that it could be mothballed.

The increasing hearsay about the HS2 eastern leg was remarkable this weekend when the Sunday Mirror quoted an anonymous Whitehall source saying that: “There’s no way we’re going to see this built-in our lifetimes due to its high cost.” While the estimated original budget for this project was £32.7bn, currently its total cost is almost £107.7bn and it has been suggested that cutting the eastern leg could save the project £40bn.

Moreover, according to the source’s report: “While an announcement might be made about doing the work in the future, “everyone involved knows the truth.”

However, recently as in May, transport secretary Grant Shapps’s emphasis was on pursuing the eastern leg’s construction to Leeds. “For phase 2b its focus was solely on the western leg, which extends from Crewe to Manchester, and the company was not doing any work on anything else at the moment,” said HS2 Ltd’s chief executive officer Mark Thurston speaking to the Transport Select Committee in July.

In accordance with the Department for Transport’s (DfT) announcement in last November, the phase 2b bill would be split in two, as recommended by the Oakervee review published in early 2020.

The other rail program such as Northern Powerhouse Rail and the Midlands Rail Hub, along with integrated Rail Plan (IRP) for the North and Midlands, which has been frequently delayed, is meant to bring clarity on how HS2 phase 2b will be delivered.

Early in 2022 or sooner is the determined date for deposit a hybrid bill for the western leg by the UK Government subject to the outcome of the IRP.

He also added: “Yet it seems like every other weekend, we are reading reports in national media outlets in which anonymous Whitehall civil servants are sending out signals to diminish its chances of happening. With the IRP being kicked down the road continuously and not expected until the autumn, it has left a void for constant speculation that is causing huge uncertainty at a time when we need to know the direction ahead for future regional economic planning.”

“The Integrated Rail Plan will soon outline exactly how major rail projects, including HS2 phase 2b and other transformational projects such as Northern Powerhouse Rail, will work together to deliver the reliable train services that passengers across the North and Midlands need and deserve,” stated a DfT spokesperson.

The DfT also told the Local Democracy Reporting Service: “All the recent reports regarding the mothballing of the eastern leg are pure speculation.”