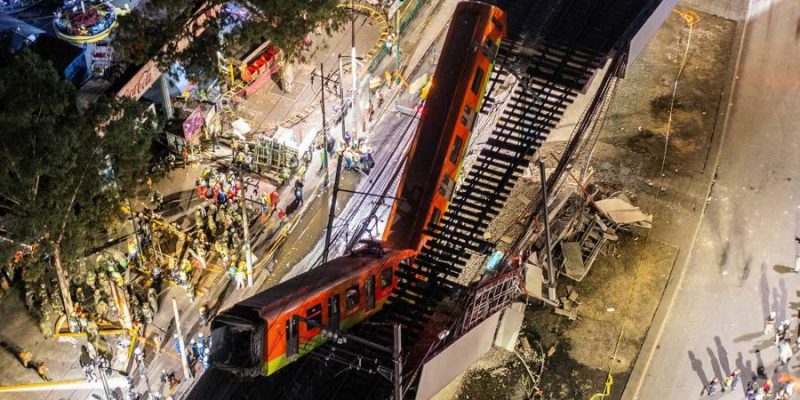 This unpleasant tragedy is about a metro overpass, which transports a subway train near the Olivos station on Mexico City Metro’s Line 12.

According to local government officials, at least 23 people have been killed and dozens injured in the accident that took place at around 22:00 local time on 3 May, reported BBC.

While, it appeared that a compound structure on the overpass had given way, leading to the crash, according to Mexico City mayor Claudia Sheinbaum, the reason for the accident was yet being investigated.

In accordance with the reports from local media to BBC the inhabitants had informed about the cracks in the structure following an earthquake in 2017 and Mexico’s El Universal newspaper claimed that the transport authorities have done the necessary repairs as soon as receiving the reports. Referring to statements of one survivor of this tragedy El Universal said: “We only heard a loud thunder, and everything fell apart. There were many people standing and sitting in the carriage, and when the carriage fell, we went flying and hit our heads on its roof.”

The date of construction of Metro 12 line that spans over the crashed overpass was October 2012.

Mexico City’s metro system, which carries almost 1.6 billion passengers per a year, also had witnesses some accidents in previous years. Last year, one person was killed and more than 40 people sustained injuries after two metro trains collided in the city.

Moreover, in 1975, the crash of two underground trains led to around 31 fatalities.