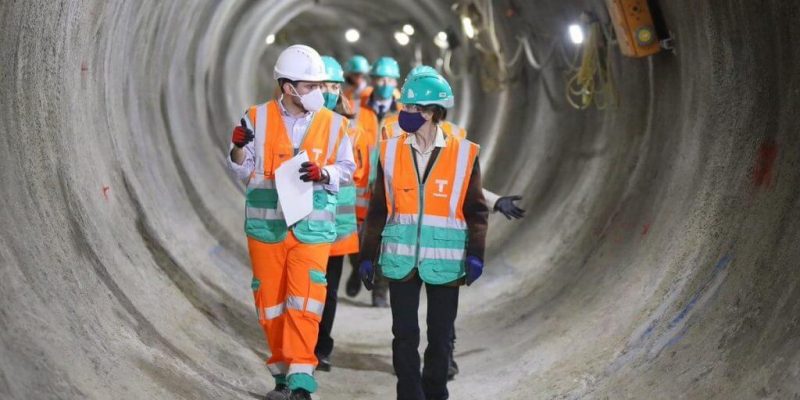 Staff isolations due to concerns about the impacts of the so-called “ping-demic” on civils schemes, is recently forced to the £4.1bn Tideway project.

While many of the employees of London’s super sewer scheme are confirmed cases of Covid-19, most of them have been ordered to stay at home by contact tracers.

According to Tideway’s spokesperson’s interview with NCE this week: “Over the last couple of weeks we have had several cases of Covid-19, and a number of people needing to self-isolate due to contact tracing. We continue to urge our staff to keep themselves safe, which includes following the official advice on isolation.”

Despite removing the legal requirements of Covid on 19 July, the Tideway team’s decision was, remaining many of these measures such as social distancing and mask-wearing in place on its sites.

In accordance with a shareholder announcement last summer, Covid-19 restrictions had added nine months and £233M to the super sewer project.

Analysis by the Adam Smith Institute think tank recently suggested almost 2M Brits could be asked to isolate in a single week this summer as mixing rules are eased while the Delta variant of the coronavirus continues to spread rapidly.

Bristol-based contractor Beard said: “It has seen an uptick in Covid-related absences within its workforce in the last week.”

Beard deputy chairman Neil Sherreard warned that: “The industry could be in for a rough month or so until the guidance changes in mid-August. At Beard, we’ve seen an increase in COVID-related absences in the last week alone, from our own people and supply chain.”

He also added: “The issue is there is something of a perfect storm in many respects. Not only are people having to isolate, but at the same time, many are looking to take well-earned holidays. Added to this is a lack of materials and the fact that European labor is returning home and not coming back. All this increases the challenge to deliver for our customers.”

In Trade union Unite’s idea financial support shortage and a fear of losing the job, are the main reasons of refusing the self-isolate by workers across the construction industry.

The union added that ending the free supply of lateral flow tests to employers could see bosses turn a blind eye to the possibility of workers bringing the virus to sites.

Unite assistant general secretary Gail Cartmail said: “This is a barmy and reckless decision by the government. Responsible employers who are ensuring that their workers are regularly undertaking lateral flow tests should be congratulated for their public-spirited approach. Instead, they are now being told to source tests from a private provider, which will dramatically increase costs. Unite fears some employers will simply stop testing due to the increased cost and the complications.”

The RMT union has cautioned of a more surge in self-isolation after the government eliminated the legal requirement for people to wear face coverings on public transport.

According to general secretary Mick Lynch: “The Government’s botched handling of continuing Covid-19 protection measures on public transport [will] have dire consequences and the sheer incompetence of those calling the shots will see a surge in workers pinged with a self-isolation instruction.”

Builders’ merchant Travis Perkins said: “It had been affected by staff being told to self-isolate as a consequence of track and trace.”

“This is affecting pockets of our branch network, but we are working through this at local levels with our customers and doing everything in our power to minimize the impact on our service by fulfilling orders from other locations where required. Where branches are impacted, order levels may on occasion take a little longer than we would like, and we continue to monitor the situation,” stated a spokesperson.

The Crossrail’s training program had also been affected by a Covid-19 outbreak at Transport for London’s (TfL) Tunnelling and Underground Construction Academy.

Papers released ahead of TfL’s board meeting in March revealed that the Covid-19 outbreak “has increased the pressure on training” of operations and maintenance staff ahead of the opening of the Elizabeth line.

Completion of Metro Line 11 Extension in Paris by TBM Sofia

HyperTunnel has the Purpose to Transform Tunnel Construction